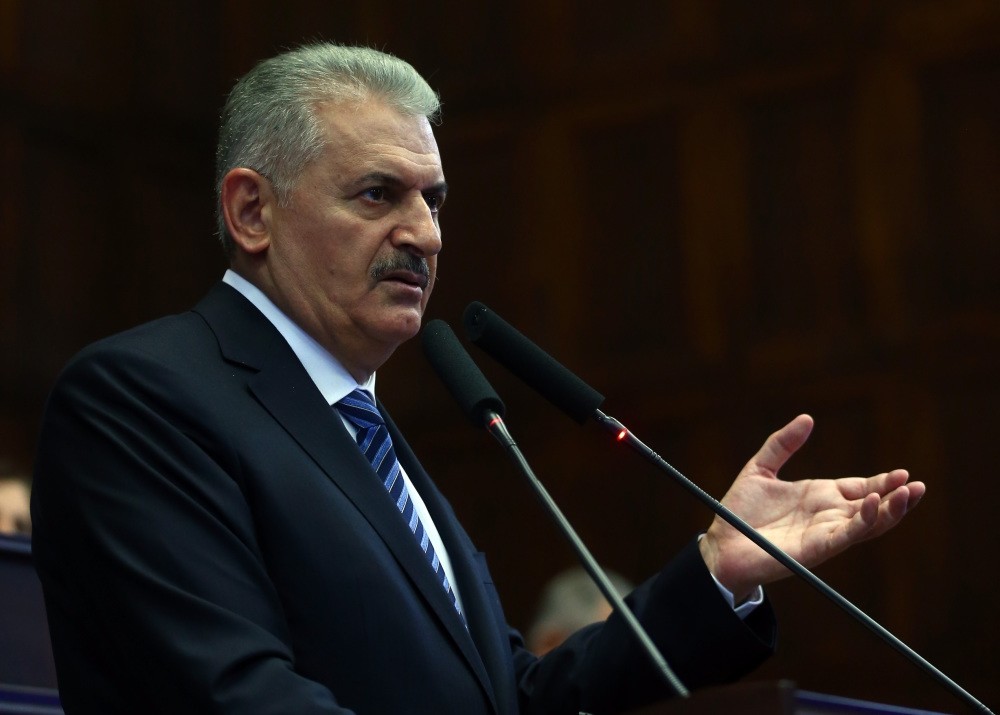 by Merve Aydoğan Aug 10, 2016 12:00 am
Speaking at the Justice and Development Party (AK Party) weekly parliamentary group meeting on Tuesday, Prime Minister Binalı Yıldırım vowed to maintain the unity established following Sunday's major Democracy and Martyrs Rally at Istanbul's Yenikapı Square. Underlining that Turkey opened the gates to unity, togetherness and reconciliation on Sunday, Yıldırım said: "We will carefully maintain this rapprochement platform from now on. Turkey has established exceptional national conformity. We will maintain this conformity platform dearly." Millions of citizens from all backgrounds and politicians of all ideologies and various beliefs gathered in Yenikapı Square on Aug. 7 to celebrate the r esistance against the July 15 Gülenist Terror Cult (FETÖ) coup attempt. Sunday's rally was described as a turning point in Turkish political history.

Yıldırım said that "Aug. 7 was a historical day, a milestone and a turning point."

The prime minister said that Istanbul and all of Turkey gave a strong message to the world that "the government [represents] our nationals and our nation is one." He vowed to protect the rapprochement platform that has been established, adding, "Those who were unable to hear our voices for the last 25 days at the squares have seen our unity. Those who have been ignoring the coup putschists [whose hands are bloodstained] have finally heard Turkey's call [following the Yenikapı rally]." He continued by praising those who attended the rally and contended that history was made on Aug. 7 along with those who took to the streets on the night of July 15. Concerning Turkey's efforts to get U.S.-based FETÖ leader Fethullah Gülen extradited from the U.S., Yıldırım reiterated: "The terrorist leader will come to Turkey and will be accounted for. That man who ordered the bombing of Parliament, who turned Turkey's weapons against the Turkish people will get what he deserves."

Yıldırım affirmed that he will work harder than before July 15, saying that he has held productive meetings with opposition party leaders in which he gave details on the decrees issued under the state of emergency. Drawing attention to the recent meeting held with the secretary-general of the Council of Europe, Thorbjorn Jagland, Yıldırım said: "We have especially told our European friends not to alienate themselves from their own values. We have also touched on the weak-toned condemnations that came from the EU about the coup attempt." He also said that Turkey will firmly continue moving toward its 2023 goals and added: "Turkey's friendship is vitally important for all." Yıldırım spoke of Erdoğan's meeting with Russian President Vladimir Putin, which will cover matters of energy, tourism and transportation. Yıldırım also said that during the visit, regional issues; primarily Syria, will be tackled very carefully.

Yıldırım ended his remarks by announcing that the National Education Ministry is looking for 15,000 teachers and the Interior Ministry is looking to hire 10,000 new police officers. He also announced that the AK Party has sent a draft bill to Parliament to establish the very first "Turkish Sovereign Wealth Fund." Concerning Gülenist claims of a possible attack on Aug. 14, the date of the AK Party's establishment, he said: "The 5th anniversary of the AK Party's establishment is approaching. This year's anniversary will be celebrated in accordance with the AK Party and its members. We will all be at our headquarters on that date."

In his speech to crowds at the rally in Istanbul, the premier compared the coup bid, which led to 240 deaths, to the 1919-23 conflict that gave birth to modern Turkey.

"They attempted to occupy our land disguised in Turkish military uniforms and steal away the national will," he said, referring to the supporters of the coup. "Thank God and thanks to our martyrs lying honorably under the ground, today we are living on this land united as one, and with our honor, independence and solidarity intact. "Every coup which does not kill us, makes us stronger. Just like here and now."

Evaluating the lead up to the failed July 15 coup attempt at the AK Party parliamentary group meeting, Yıldırım said: "We could not receive the support we expected from political parties or the media." He said the AK Party started a war with FETÖ, specifically after the Dec. 17 and Dec. 25 coup attempt. He said the military barracks in Ankara and Istanbul will be moved from inside the cities to rural areas. "We will transfer all our accumulation to the border region to defend our country against external threats," Yıldırım said, also adding that Güvercinlik Air Base in Ankara will be shut down along with Akıncı Air Base.
RELATED TOPICS