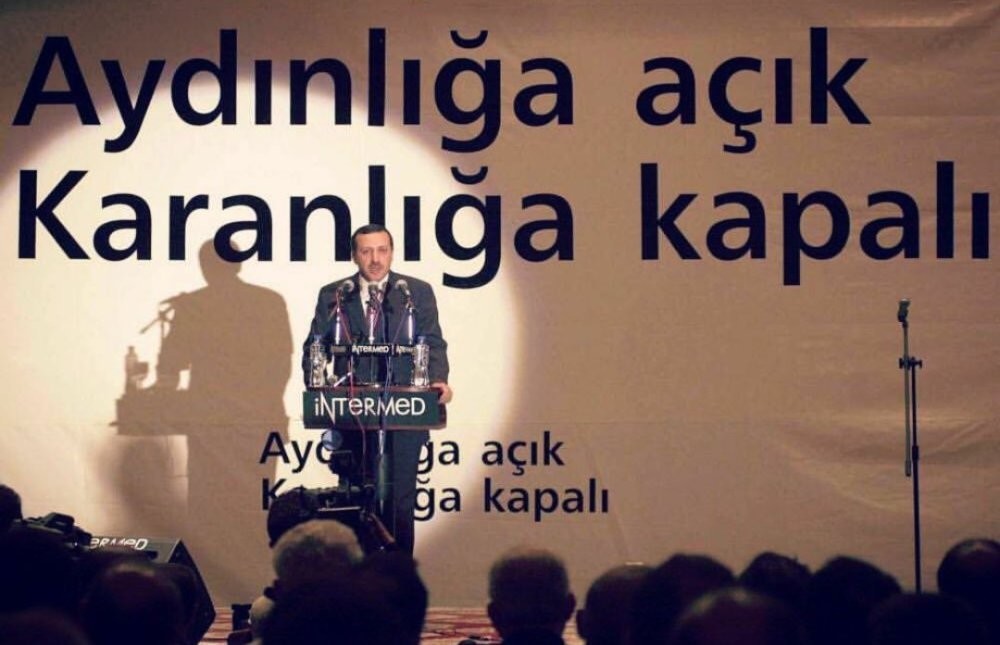 The ruling AK Party celebrated 15 years in Turkish politics, from emerging as a force of renewal at a time of political and economic crisis to becoming the dominant movement in Turkish politics that oversaw more than a decade of growth and democratization

Addressing the crowd that had gathered in front of the AK Party Headquarters in Ankara via live teleconference, President Erdoğan firstly said that even though he had to put an end to his legal connection to the party in 2014, his love for the party and his fellows in the party will never end. "We served the country through investments and works despite the obstacles put in our way both from within and without," Erdoğan said, adding that the people have always stood by the AK Party's side. He also asserted that the people's support was reflected in the elections, with the AK party increasing its votes in every election. The president also touched on the July 15 coup attempt by the Gülenist Terror Group (FETÖ). He vowed to wipe out FETÖ because "the people put the responsibility on his and the party's shoulders." Speaking after Erdoğan, Prime Minister Binali Yıldırım said that the AK Party has encountered problems since 2001, yet it has always "prevailed thanks to the will of the people."

He added that the AK Party has done everything for the sake of Turkey.

Yıldırım also paid tribute to the AK Party family for bringing the party to today's level.

Prior to Yıldırım's speech, a video was displayed for the guests. He said, "The AK Party's services and developments over the course of the last 15 years were clear for all to see."

HISTORY OF THE AK PARTY

Although the AK Party clearly won all the elections and secured a majority in Parliament, the party often struggled with non-political actors inside the state and outside movements instead of opposition parties during its time in power. The struggles that the AK Party has had to cope with started before the establishment of the party.

One of the founders of the party, Erdoğan, was convicted to 10 months in prison in 1998 for reciting a poem in Siirt province. Even though he was released after only serving four months in prison in 1999, he was forced to resign as Istanbul mayoral, and he was banned from politics. The prohibition prevented him from entering the parliamentary elections in 2002, and as a founder of the AK Party, he was unable to become prime minister at first. He could only manage to take the post in 2003, after his political ban was overturned.

The party survived two closure cases since its establishment, in 2002 and 2008. The party narrowly survived the 2008 case, as six of the 11 judges on Constitutional Court voted in favor of closure. Seven votes were required to close a party. However, the court cut 50 percent of state funding for the party.

The military also heavily pressurized the AK Party since its founding. This pressure finally led to a Turkish Armed Forces (TSK) memorandum given to the AK Party on April 27, 2007, shortly after AK Party's announcement of its candidate for president. The memorandum was perceived as a signal of a pending coup. However, after the AK Party's landslide election victory in the July 22, 2007 elections, the deadlock of opposition over presidential elections ended.

After all of this, a group of prosecutors linked with the Gülenist Terror Group (FETÖ) launched a judicial investigation in December 2013 into top senior members of the AK Party government, including then Prime Minister Erdoğan. Three years after thwarting this illegal operation, on July 15, 2016, military officers in the TSK, attempted a coup to overthrow the AK Party government.
RELATED TOPICS