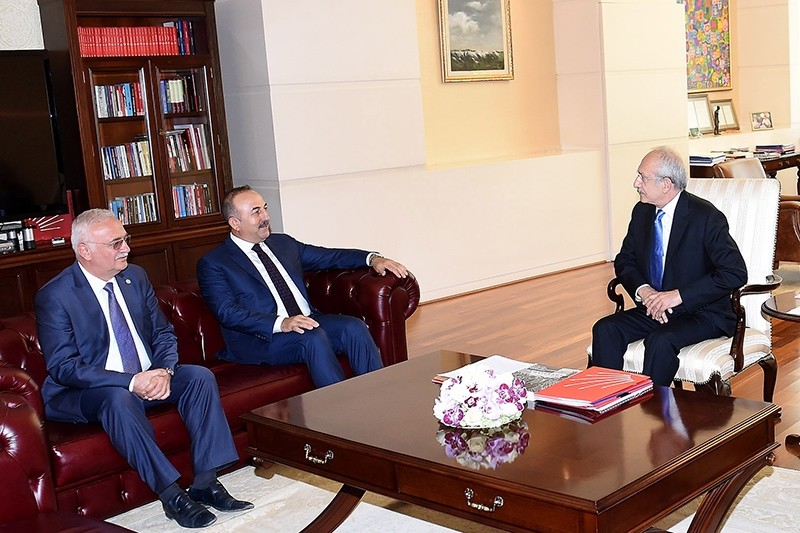 According to a press statement by the CHP, Çavuşoğlu and Elitaş came to the CHP Headquarter in Ankara at 13:00.

Speaking after the meeting, Çavuşoğlu said that the United States and Obama should keep their promise in ensuring that the PYD pulls back east of Euphrates River after Manbij operation in Syria.

Relations between the AK Party and opposition parties dramatically changed after the July 15 failed coup attempt by the Gülenist Terror Organization (FETÖ).

Kılıçdaroğlu and Nationalist Movement Party Chairman Devlet Bahçeli visited President Recep Tayyip Erdoğan at the Presidential Complex in Ankara, and they also attended a grand democracy rally in Istanbul's Yenikapı Square, expressing solidarity with the government against the coup.