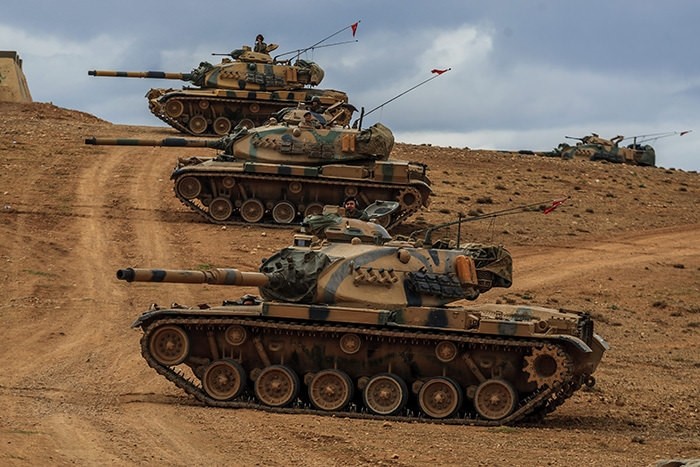 Concerning the debate over the restructuring of the Turkish Armed Forces (TSK) following the failed July 15 coup attempt, a report published by the Political, Economic and Social Research Foundation (SETA) suggests that the army should adopt a time- and education-based system to appoint military officers as is done by the U.S. and the EU, instead of the current method of a single exam governing military entrance.

The report, titled "A Roadmap for the Transformation of Civilian-Martial Relations," was prepared by SETA researcher Yusuf Alabarda and suggests a structural roadmap for the TSK to follow throughout the ongoing process of 'civilianization,' primarily aiming to restrain the political tutelage by military organs in Turkey. Alabarda's report recommends taking the military structures of the U.S. and the EU as examples, asserting that Western democracies demonstrate good examples, and referring to academic studies concerning the civil transformation of the Ministry of National Defense (MSB).

Regarding appointment of military officers, Alabarda asserts that prospective members of the officer corps should be evaluated over a broader period of time, within an advanced system of promotion and merit, instead of being assigned after taking a single exam between the ages of 25 to 20, as is currently done in the TSK. The report states that this is the current system used in the US as well as in NATO militaries, stating that it would be much more beneficial regarding the election of personnel for the War Colleges. Alabarda states that the adoption of such a system would prevent the TSK from being monopolized via a single exam, as that might be rigged by groups moving in a systematic and organized way.

Based on his studies and analysis of Western examples, Alabarda urges the Turkish military to adopt a more objective decision-making mechanism. Asserting that the bureaucratic authorities voting for the political National Security Council (MGK) decisions leads to conflict, Alabarda states that bureaucratic figures should only participate in councils which concern the Chief of General Staff and with consultancy status. He adds that all commanders-in-chief of the TSK connected to the MSB should be removed from the martial bureaucracy, as the Chief of General Staff should alone be present for the MGK.

The report states that the structure of the Supreme Military Council – which appoints high-ranking personnel and determines promotions – should be changed, suggesting that all these decisions should be made within the body of the MSB, and the results should be presented to the President of the Republic by the relevant minister together with the prime minister. Alabarda indicates that this reform process should be treated within the frame of a project logic, following a certain calendar of achievements to be used as a base to form a healthier and more civilized military system.