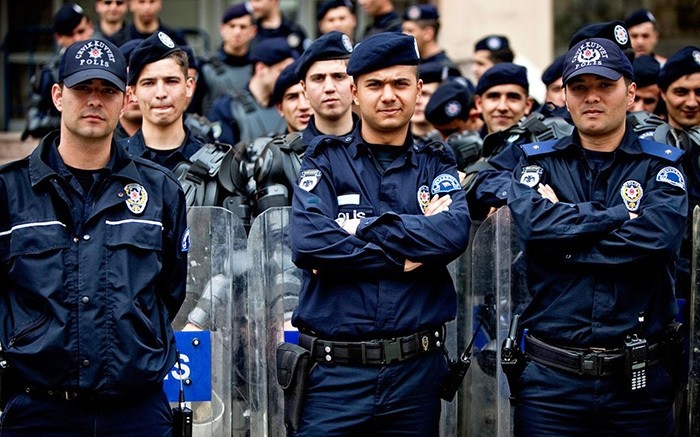 The president of the A&G research company, Adil Gür, announced the results of a recently conducted confidence survey that found that the police force is perceived as the most reliable institution by the public, with 84.8 percent of survey participants indicating so. According to the survey, which was conducted with 3,013 people in 42 cities from July 30 to Aug. 1, 81.7 percent of respondents indicated that the presidency is the most reliable institution after the police force. The survey also found participants find Parliament reliable at 81 percent , followed by the government and the Prime Ministry with 78.1 percent. At the lower end, 38.5 percent of participants indicated they do not trust to the judiciary and 38.4 percent said they do not trust the opposition parties.

According to Gür, an attention-grabbing point was the decline in trust for the military. "Six months ago, the public's trust in the military was at 77.7 percent, but that number has fallen to 65.5 percent," he said, adding: "This is normal considering that the survey was conducted while participants were still joining the democracy watches in front of military barracks." Gür further said that the level of trust in the military is likely to increase due to the recently held Yenikapı rally where Chief of General Staff Gen. Hulusi Akar gave a speech on Aug. 7, the first time a the head of the military has done so in the history of the Republic.

Regarding the current political atmosphere, Adil Gür said: "The reputation of politics has increased," stressing that the previous survey was conducted "six months ago, when trust in the opposition parties were around 30 percent – a rate that has since increased to 60 percent. Also, the public's trust in Parliament, President Recep Tayyip Erdoğan and the government has also increased." He said that since the purges of the judiciary, its level of trust has increased from 20 percent to 61.5 percent.