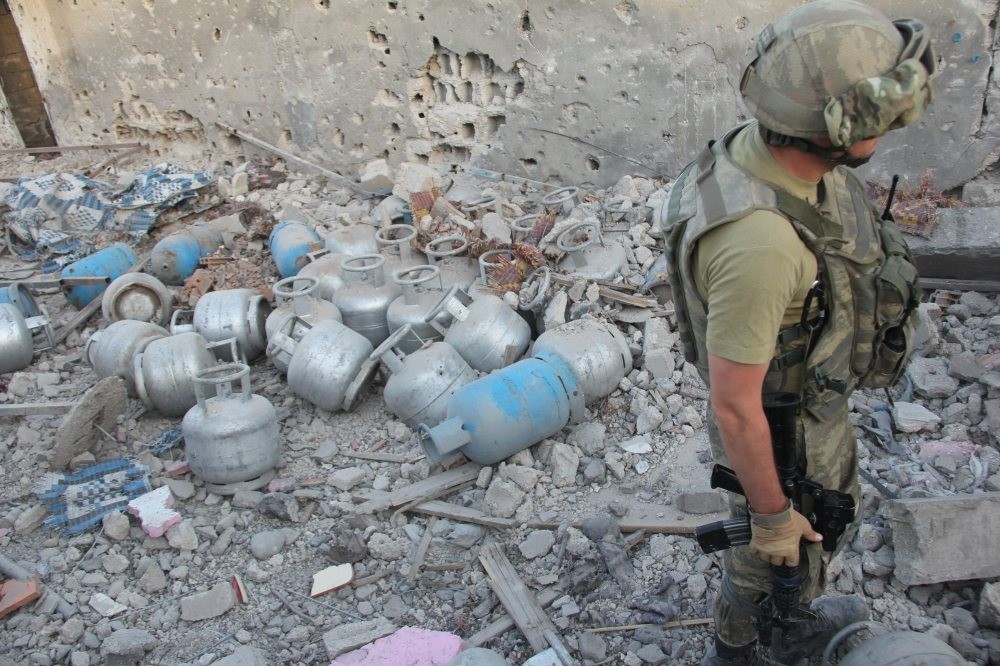 Former Mardin Governor Koçak said that some Gülenist commanders who were arrested with the involvement in the coup attempt, had purposely sent soldiers to patrol streets where handmade explosives were planted

Speaking to the Akşam daily, Koçak claimed that some commanders who were arrested due to links in the July 15 coup attempt intentionally sent soldiers to die. He contended that the commanders changed a plan that was organized long ago, dealing a heavy blow to the unit.

"The operation kicked off with the changed plan and we were losing too many soldiers, unfortunately. They intentionally sent soldiers to streets where handmade explosives had been buried," he claimed. "Salih Kırhan, Adem Huduti and İbrahim Yılmaz plotted it from the very beginning," he added.

Batman Governor Ahmet Deniz recently claimed to Anadolu Agency (AA) that the PKK has been offering help and cooperation to FETÖ members in radio conversations.

Claiming that he knows who was behind the deadly coup attempt, Deniz said: "There are some parts in PKK radio records in which they offer FETÖ terrorists to 'embrace one another' and 'move jointly' in case they decide to flee."

Commenting on the alleged radio conversations between members of the PKK and FETÖ, Deniz contended that both terrorist networks work toward a common goal. "Both the PKK and the FETÖ are coordinated from the same place as part of the project to get in Turkey's way," he said. He added that "some countries" support the two organizations as well.

President Recep Tayyip Erdoğan claimed previously that FETÖ collaborates with the PKK, its Syrian affiliate Democratic Union Party (PYD) and DAESH, contending they are all the same.

"They [FETÖ] are in joint action with the PKK, the PYD and DAESH. The next goal is invasion [of Turkey]. We should see this. If there are citizens setting their hearts on [FETÖ], they should check themselves," he said.