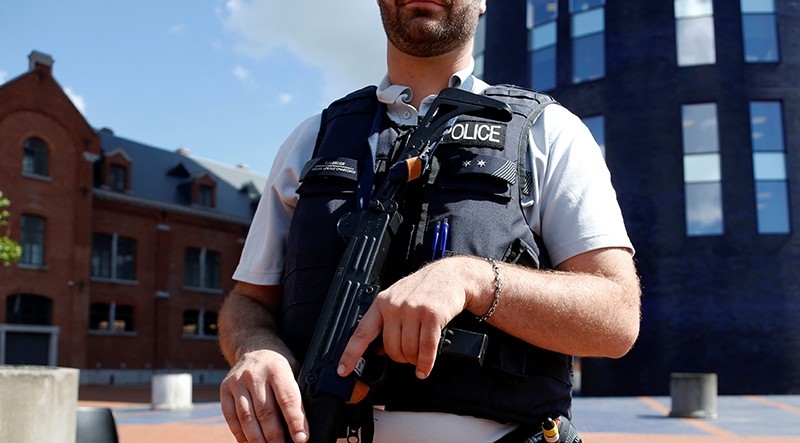 Gülenists in Belgium are threatening and intimidating Turkish people who are against the Gülenist terror-cult. Many of them are filing baseless allegations against individuals who opposed the deadly July 15 failed coup attempt and threatening to massacre the ones protesting, with no action from the Belgian police.

According to a report by Anadolu Agency, around 60 Turkish people in Beringen city, who protested the coup attempt on July 15, were called by the police to testify over provocation claims by Gülenists, even though the individuals made no personal or direct reference to the terror-cult, also referred to as FETÖ.

Serkan Özver, one of the people who opposed the coup attempt on social media and was called to testify, said that a pro-FETÖ shopkeeper threatened to massacre protestors when they were in the police station.

"If I go bankrupt or if any one of you throw a single stone at my shop, I will turn this place [Beringen] into a blood bath'' the Gülenist reportedly said in Turkish.

Terrified after hearing this, Özver and his friends urged the Belgian police to take action against the shopkeeper, but they refused to do so, saying they did not understand the language.

Özver then told the police that he wanted to file a criminal complaint against the shopkeeper, but they refused again, and recorded it under his testimony instead.

He also underlined that the shopkeeper has still not been called to give testimony.

Said Bataray was also called by the police after Gülenists' complained on his messages which were posted on social media.

''They showed me my messages when I went to the police station. It was translated from Flemish to Turkish, but contrary to the translation, my message did not make any reference to FETÖ or his followers'' Bataray said, and added that he only reacted against coup plotters.

People who oppose the coup attempt asserted that they will boycott FETÖ's schools and shops in Belgium, despite the fact that Gülenists are trying to intimidate them and making false allegations to the Belgian police about them.

Previously, two Turkish citizens were called by police in Brussels to testify, upon complaints by FETÖ members, while Turkish news portals publishing information about the cult's structure in Belgium were reportedly threatened with jail terms.