Opposition MHP Chairman Bahçeli: ‘PKK, PYD, Daesh and FETÖ are all the same’ 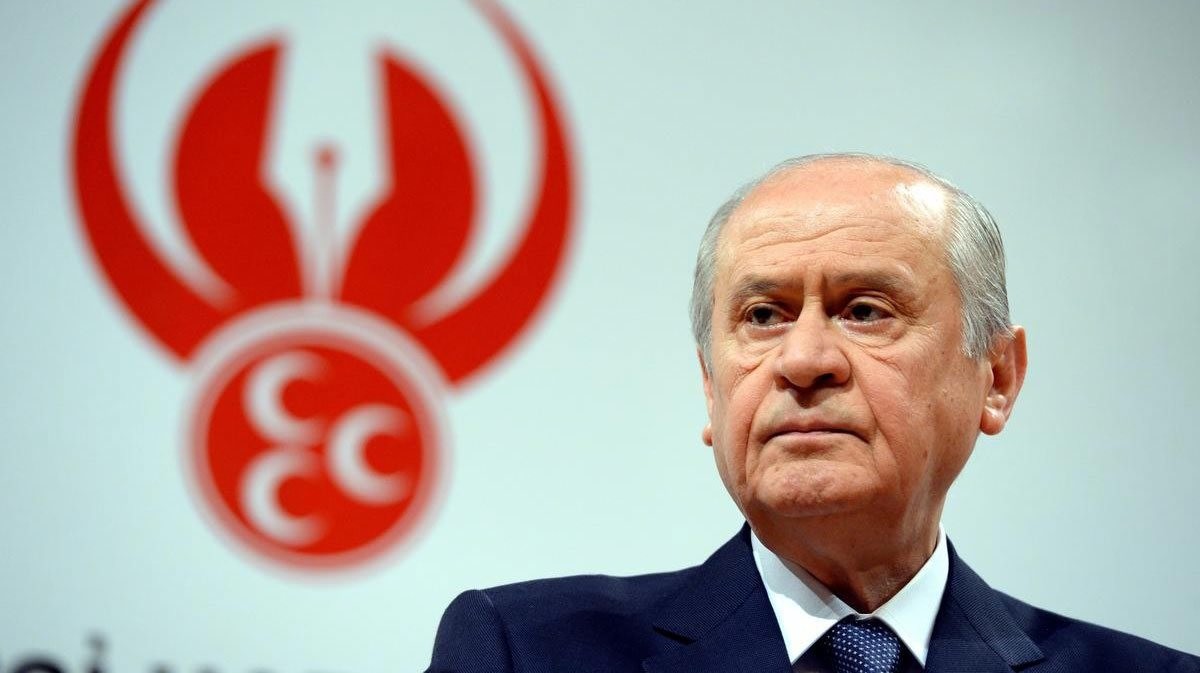 While Turkey's "Euphrates Shield" operation continues in northern Syria against regional terrorist groups, chairman of the Nationalist Movement Party (MHP) Devlet Bahçeli expressed his full support of the government regarding the operation, emphasizing in a press conference held Monday that his party will stand firmly with the government. MHP leader Bahçeli also said that the PKK, the PKK's Syrian offshoot Democratic Union Party (PYD), DAESH and the Gülenist Terror Group (FETÖ) are all the same and that the major world powers use these groups as a tool to achieve their various interests in the region.

Pointing out that the Turkish military's operation carried out with the Free Syrian Army (FSA) is focused on eradicating DAESH and the PYD from the northern region, Bahçeli strongly criticized the U.S. position regarding the PYD terror organization saying, "The U.S. has been the one to pamper the PYD, paving the way for them until now." Last week the U.S. Secretary of State John Kerry said that the PYD had begun to withdraw towards east of the Euphrates saying, "What will happen if this terror organization withdraws to the east or remains to the west of the Euphrates? Terror is in fact terror at every location and platform."

Commenting on the military operation Euphrates Shield by the Turkish Armed Forces (TSK), Chairman Bahçeli stated that Turkey is well within its right to protect its national security and prevent the expansion of terrorists abroad. "The U.S.-backed PYD is entering Manbij under the guise of the Syrian Democratic Forces (SDF) and now the Jarablus operation is happening and Assad is bombarding the PYD while Turkey is normalizing relations with Iran and Russia, mobilizing the fault line in the region. …Turkey's military operation is highly appropriate and justified and aims to protect the national security of the country. However, while Jarablus is being cleared of DAESH, the PYD must not be allowed to settle within the Kobani-Afrin region under any circumstances." Going on to criticize U.S. policy on terrorist organizations, the MHP chairman said, "As the spokesman for the PYD, the U.S. is acting in favor of [the PYD] and aims to legitimize its cruelty, disrespect and ill intent because the U.S. clearly backs and utilizes the PYD and the PKK. The U.S. wants to redesign the structure of the Middle Eastern geopolitical map according to its own political and economic interests by feeding these terrorist organizations. ...The U.S.'s indecisive and inconsistent stance on the July 15 coup attempt shows that they have a demented, rotten and downright ill perception of the PKK, the PYD and its armed wing, the People's Protection Units (YPG)."

Regarding the July 15 coup attempt orchestrated by Gülenists in Turkey, the MHP chairman said that the coup attempt was a collective terror attack aimed at damaging Turkey as a country. "It is time for Turkey to stop terrorism. We, as the MHP, support you [the Turkish government] for any operations [launched] against terrorist groups," Bahçeli noted. Emphasizing the importance of the unity we have seen in Turkish politics since the July 15 coup attempt, Chairman Bahçeli emphasized that "We should secure our unity in Turkish politics. The state is ours and we are its people. Even if our views are different, we stand together with the government and we will build our future in unison."