Turkey not in war, doesn't plan to stay in Syria, Deputy PM says 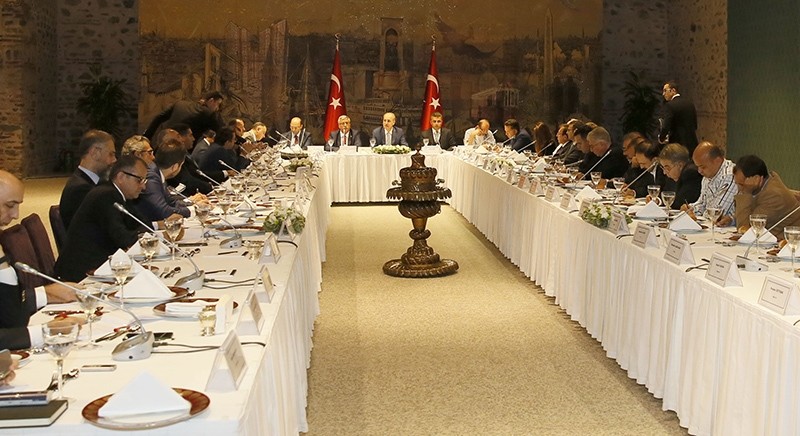 Deputy Prime Minister Numan Kurtulmuş said on Monday that Turkey does not plan to stay in Syria, and the Assad regime was informed about Turkey's Euphrates Shield Operation to clear Daesh terrorists from Jarablus.

Speaking during a press conference in Istanbul, Kurtulmuş said that Turkey informed all relevant actors, including the Damascus administration through Russia about the operation.

''Turkey is not an occupying country and is not entering a war'' Kurtulmuş said, and added that the Turkish Armed Forces will not standby if there is a threat directed against it.

He continued by saying that the goal of the Turkish-led operation is to clean Daesh terrorists from the region and to block PKK-linked PYD-YPG completely taking control over the corridor.