US should keep promise over PYD, former US ambassador says 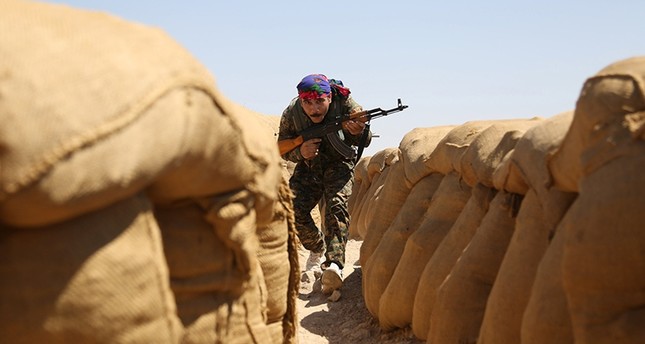 James Jeffrey, the U.S. ambassador to Turkey from 2008 to 2010, said that the U.S. failed to keep its promise to Turkey on the retreat of the Democratic Union Party (PYD) to the east of the Euphrates, in an interview with BBC Radio yesterday.

"Based on my 35 years of experience, if you do not keep your promise to the Turks, you will regret it," Jeffrey said in his evaluation of the Turkish-backed Free Syrian Army's (FSA) operation against Daesh in Jarablus, Euphrates Shield. Referring to U.S. Vice President Joe Biden's promise to Turkish authorities about the PYD's retreat to the east of the Euphrates during his last visit to Ankara, Jeffrey said that the presence of the PYD, which is the Syrian-offshoot of the PKK, listed as a terrorist organization by both the U.S. and EU, is a clear menace to Turkey.

Jeffrey went on to say that the PYD's aims go beyond fighting Daesh, claiming the organization has also long been trying to a establish a "Kurdish corridor" through to the Mediterranean Sea. "Turkey is fighting both this threat and Daesh, and the U.S. officially said they are supporting Turkey's battle," he said.

The Turkish military launched Euphrates Shield, a cross-border operation, on Aug. 24 along with the U.S.-led coalition in Syria's northern border city of Jarablus to clear the area of the Daesh terror organization. Until now, more than 100 Daesh terrorists have been killed in Jarablus and the numerous villages around.

Share on Facebook Share on Twitter
Previous in Politics German foreign minister Frank-Walter Steinmeir on Monday expressed... Next in Politics After an AFP report claimed that the Turkish military and the YPG...
DAILY SABAH RECOMMENDS