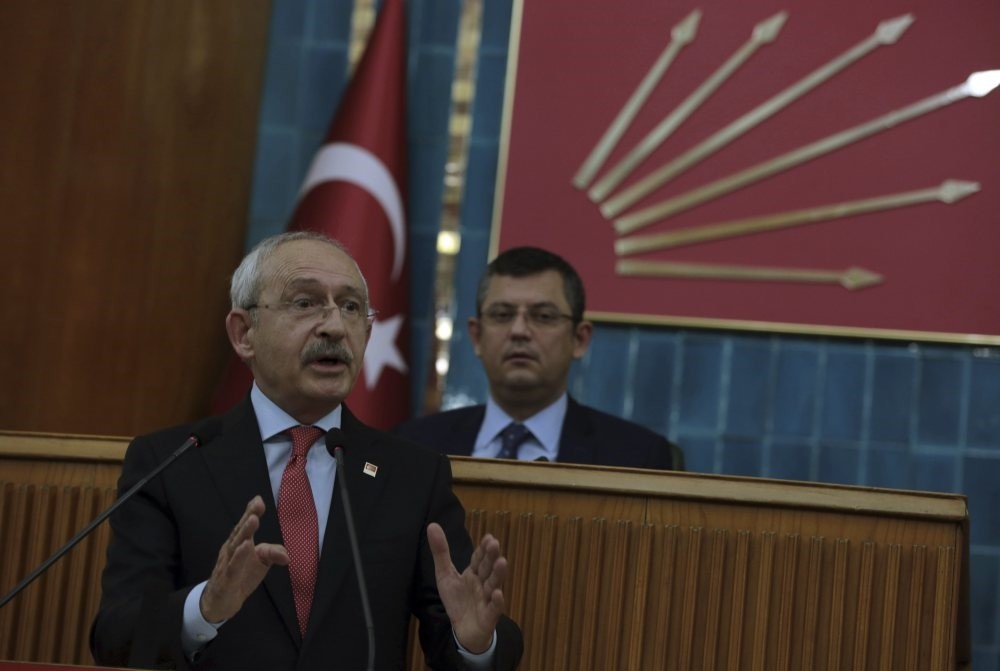 Republican People's Party (CHP) leader Kemal Ku0131lu0131u00e7darou011flu
by Daily Sabah Feb 01, 2017 12:00 am
Steffan Seibart, spokesman of the German government, said Tuesday that Chancellor Angela Merkel's visit to Ankara does not equate to support for Turkey's new constitution amendment package, in response to the Turkish opposition leader's claim that the visit will be perceived in such manner.

Speaking at a press conference in Berlin, Seibert answered a question about whether Merkel's visit spells support for Turkey's upcoming referendum amendment package, the claim which was voiced by the opposition Republican People's Party (CHP) leader Kemal Kılıçdaroğlu. He defined Kılıçdaroğlu's claims as "nonsense," emphasizing that keeping in touch with Turkey has great importance as the country is a NATO ally and is in the"EU neighborhood."

"The visit is important, especially in such days when we must evaluate the latest developments in Syria, bilateral relations and Turkey-EU relations. Describing the chancellor's visit as a sign of her stance regarding the Turkish referendum as nonsense. "I can precisely say 'No' to it. Such moves are unfamiliar to the chancellor," he said.

In an interview with Germany's Süddeutsche Zeitung newspaper last week, Kemal Kılıçdaroğlu stressed that Merkel's visit to Turkey in 2015 aimed to find a solution to the refugee problem, saying, "Perhaps, the reason for her visit is to support Erdoğan, helping him again."
RELATED TOPICS