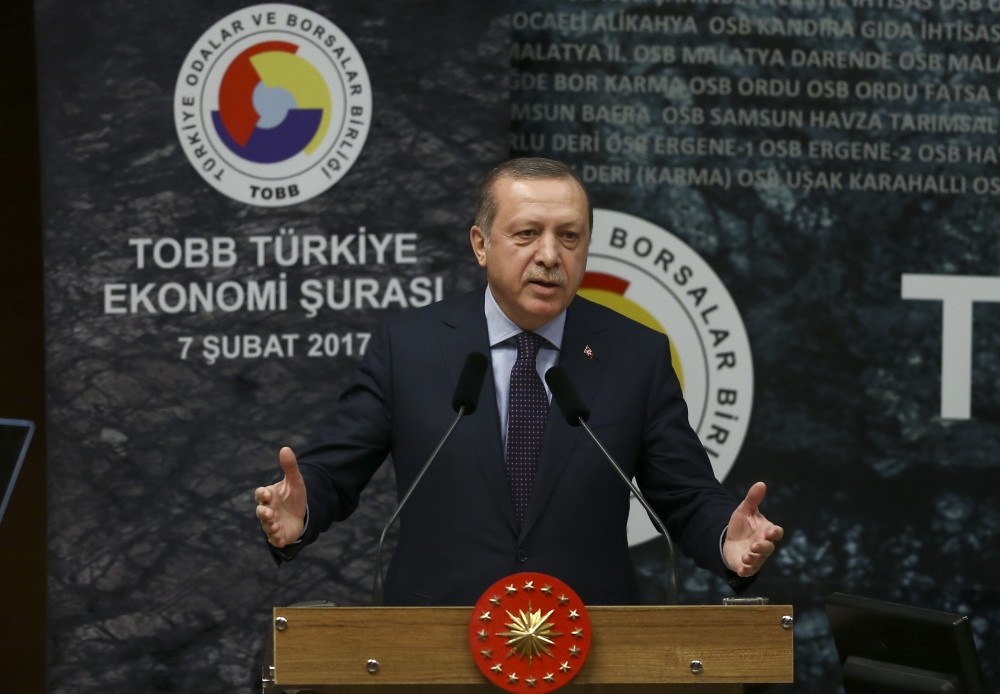 by Daily Sabah Feb 08, 2017 12:00 am
President Recep Tayyip Erdoğan said yesterday that the Turkish people are on course for one of the most critical struggles in the country's history, but it will continue decisively on its way.

Speaking at a council meeting of the Union of Chambers and Commodity Exchanges of Turkey (TOBB), Erdoğan said that Turkey's "independence war" continues in earnest and called on all sectors of society to support their country in the struggle. "I hope that all Turkish people see that truth; Turkey is in one of the most critical fights in its history," he said. "We call it an 'independence war,' because it is only comparable to the Gallipoli War or Turkish War of Independence."

He emphasized that some internal opponents harm Turkey due to their hostility toward himself. "They are trying to sink the ship just because they could not take down the captain," he said.

Erdoğan pointed to the upcoming referendum for the constitutional amendment package that includes a switch to a presidential system, saying that he hopes Turkish people will vote in favor of change.
RELATED TOPICS