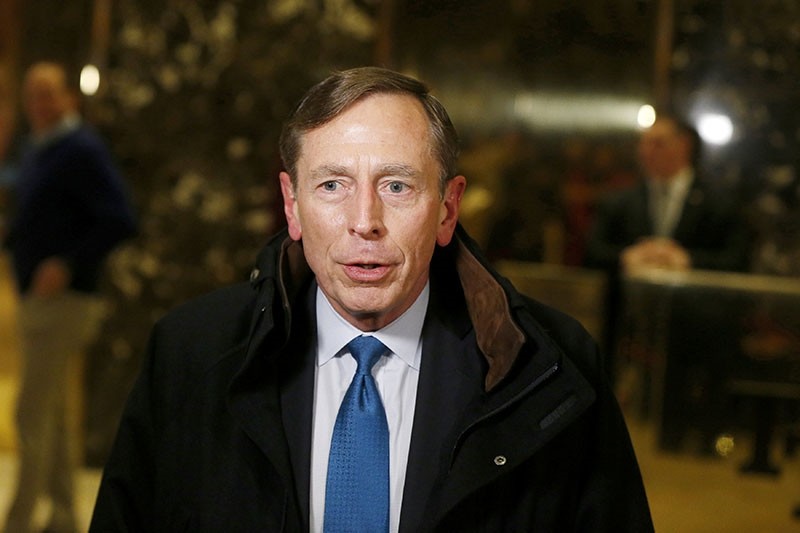 Former CIA chief David Petraeus has described the Democratic Union Party (PYD) as the cousin of the PKK, which is accepted as a terror group by the US, EU and Turkey during the Munich Security Conference on Saturday.

Petraeus said that policies on Syria have been a main reason for the strained relations between Turkey and the U.S., and added that PYD, which he described as successful in the fight against Daesh, has also been a factor of this tension.

The former CIA chief said that there have been positive signals in spite of these conflicting topics, and suggested that the main focus should be to stop the bloodshed in Syria. He said Turkey has offered concrete suggestions for a solution, and said he believes that Turkey's suggestions are taken very seriously.

Meanwhile, Turkey's Defense Minister Fikri Işık said during the same conference that Russia has filled the gaps in Syria, caused by the Obama administration's inactivity very well, and said that the U.S. crossed mutually agreed red lines in Syria between 2012-2013.

Işık said that Russia has gained weight in Syria because the western alliance has not taken the necessary steps on time.

"In spite of the dissent," Işık said, "we have not broken the relations and are still talking."

The minister explained that Turkey has lost thousands of lives after the Syrian crisis and has been countering the Daesh and PKK terror groups, while surviving the July 15 coup attempt by the Gülenist terror cult (FETÖ).

"At this point, our greatest expectation from our European and US allies is understanding," Işık said.

Accepting the PYD as the representative of the Kurdish population in Syria would be a major mistake, the minister said.

Işık said that the PYD is a terror group that takes orders from the PKK's administrators and tries to assert its dominance in the region. He urged the U.S. and Europe not to make a distinction between terror organizations.

Relations between Turkey and the U.S. entered a strained period during the Obama administration due to U.S. support to PKK/PYD terrorists on the ground in Syria in the fight against Daesh, added by the issue of Pennsylvania-based Fetullah Gülen's extradition, who is being accused of masterminding the July 15 coup attempt through his Gülenist Terror Group (FETÖ) network.

Turkey reiterated that it will not allow an independent terrorist state presence along its borders, and launched Operation Euphrates Shield in Aug. 2016 to fight against the PKK/PYD and Daesh.