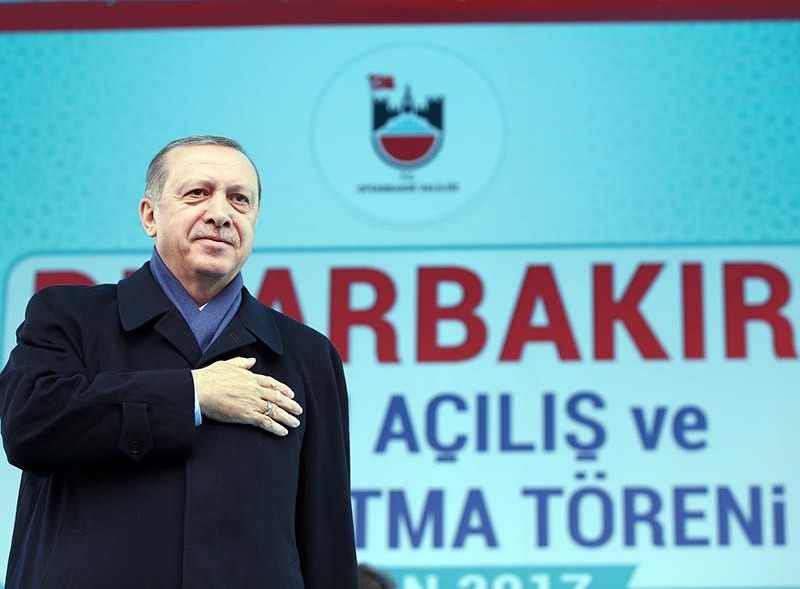 President Recep Tayyip Erdoğan has underlined the importance of establishing peace across Turkey and criticized PKK sympathizers, who were seeking so-called "peace" with violence, during his address in southeastern Diyarbakır province on Saturday.

Speaking at an opening ceremony in front of the governor's building, Erdoğan said that the ruling Justice and Development Party (AK Party) invested around 30 billion Turkish lira in the city of Diyarbakır in the past 14 years, adding that total investments in Eastern and Southeastern Anatolia were at 280 quadrillion Turkish lira.

Erdoğan also stressed the government's aim to promote development, reconstruction and new job opportunities in the region, which is known for its rich historical heritage and ancient civilizations.

Turkey's southeast has witnessed numerous deadly PKK attacks in the recent years, and has therefore become a scene of significant military operations as the police and army seek to clear PKK terrorists from urban areas.

Since the group resumed armed campaign in July 2015, more than 1,200 people, including security force personnel and civilians, have lost their lives.