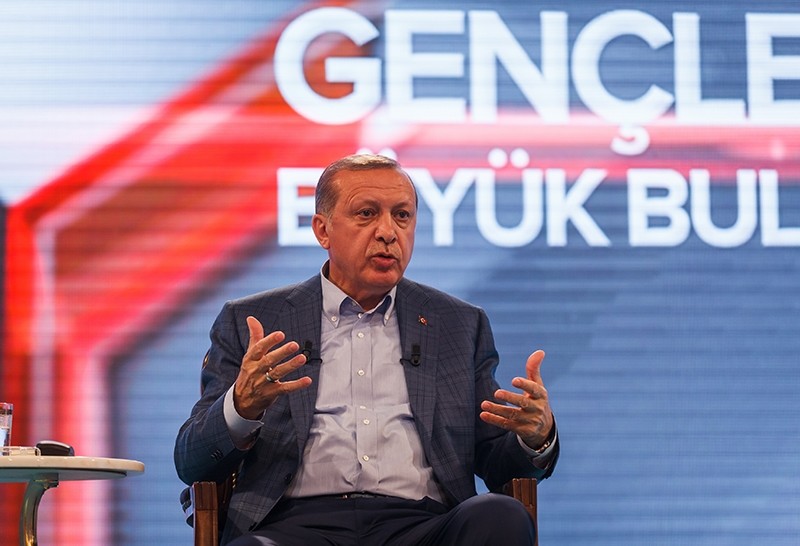 Mutual understanding, which is one of the most significant aspects of politics and had been absent in Turkish politics for a long time has returned with the agreement reached between the ruling Justice and Development (AK Party) Party and the Nationalist Movement Party (MHP) regarding constitutional reforms, President Recep Tayyip Erdoğan said on Tuesday.

Erdoğan met young voters in Istanbul to discuss a number of issues and answered their questions ahead of the April 16 constitutional reform referendum.

He noted that the two parties reached a mutual agreement on 18 articles of the constitutional reform package and added that he had hoped main opposition Republican People's Party (CHP) would have supported it.

"Politics is the art of reconciliation," Erdoğan said, pointing out that that some politicians were framing their politics around opposing him.

The president also expressed full confidence in Turkey's youth, saying that they were capable of becoming lawmakers and ministers, and will determine the future of the country.