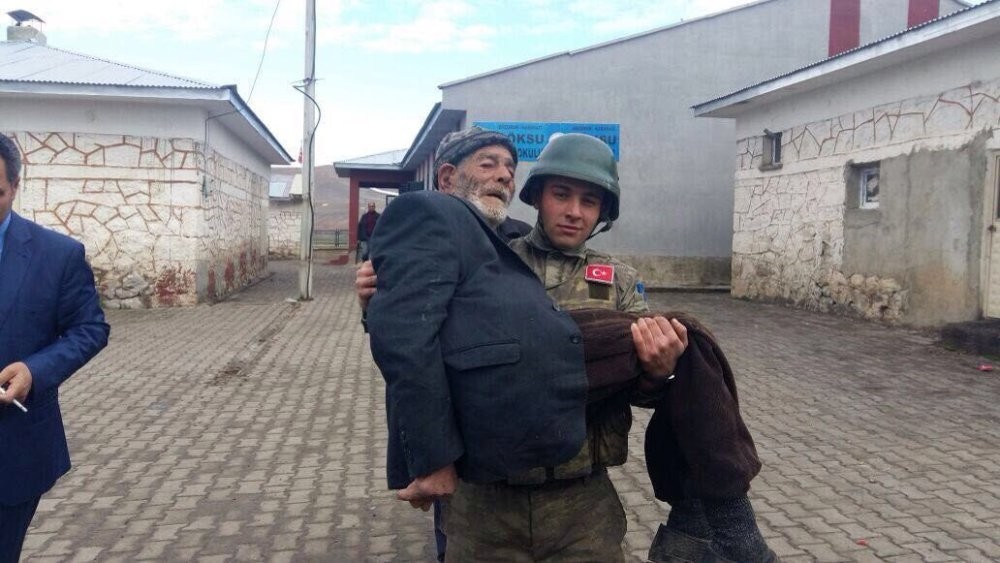 by Anadolu Agency Apr 17, 2017 12:00 am
An old man from the eastern province of Erzurum, who was not able to go the ballot boxes due to his walking disability, was carried to the ballot box on a gendarmerie's arms

After the voting was done, the old man was carried back to his house again with the support of the gendarmerie.

The General Commandership of Gendarmerie shared the photograph of the two on its official twitter account with the note of, "Gendarmerie always rush to help to everyone, everywhere. We are helping an uncle who is unable to walk to the school that he will vote at."