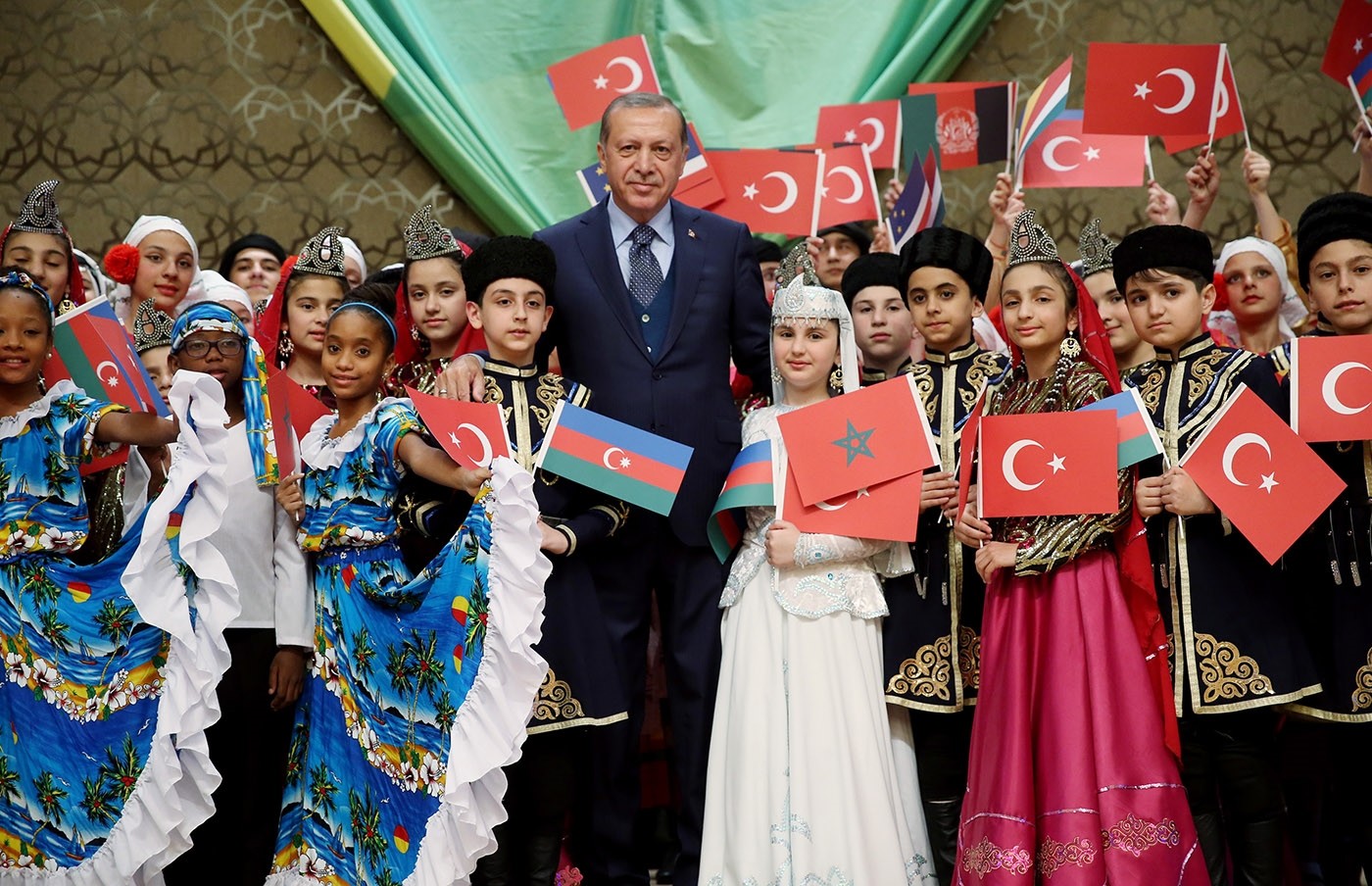 Speaking at the Beştepe Presidential Complex in Ankara, where he welcomed children from around the world for the upcoming April 23 National Sovereignty and Children's Day, Erdoğan stressed that Turkey is carrying out numerous aid activities though governmental and non-governmental organizations to improve children's health and education throughout the globe.

"In this regard, Turkey ranks second after the United States," the president said, adding that Turkey ranks first among the countries if the national income is considered, and spends the most on children's aid in this regard.

"We will always continue to be on the side of those who are suffering," Erdoğan underlined, saying that Turkey has welcomed thousands of children from Syria and Iraq, who fled their country due to ongoing conflicts.

Erdoğan reminded that only a few weeks ago tens of children died in the chemical attack by the Assad regime in the northern Syrian town of Khan Sheikhoun, adding that Turkey is taking serious action to put an end to this misery.

He also criticized U.S. and the U.N. for providing only $725 million and $550 million-worth aid and contributions, saying that these were not enough, compared to Turkey's investment of $25 billion in the care and education of these children.

Every year, children from around the world come together in Turkey on April 23 to celebrate the National Sovereignty and Children's Day, the only special day reserved for children in the world.

Turkey's state-run TV channel TRT has organized the April 23 International Children's Festival since 1979, welcoming hundreds of children from around the world.

This year's festival is set to be held in Nevşehir with the theme "Children are the future."