Turkey will continue to strive for a better future for children, Erdoğan says 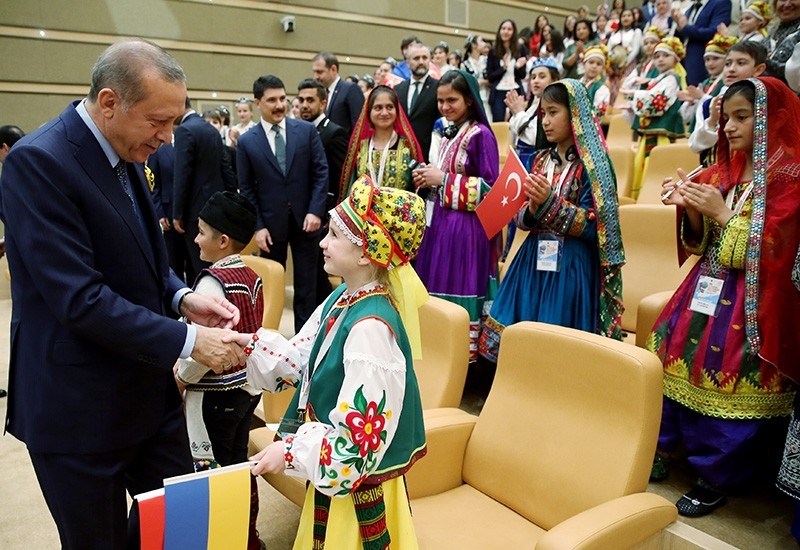 Turkey will continue to work towards ensuring a prosperous future for the children in the country, as well as the region and the world, President Recep Tayyip Erdoğan said in a message issued on the occasion of April 23 National Sovereignty and Children's Day.

"The children, who are the guarantors of our future will now live in a country that is greater, stronger, more prosperous and stable [than it was before]," Erdoğan said, adding that Turkey will strive to ensure a better future for the children.

The president celebrated the 97th anniversary of the establishment of Turkey's Grand National Assembly, as well as Children's Day.

He underlined that the parliament is the symbol of Turkey's independence, and the constitutional reforms have enhanced the representative function of the parliament and separation of powers, while they have also removed any remains of tutelage on the national will.

Erdoğan hosted children from around the world at the Presidential Complex on Wednesday and criticized the world's ignorance regarding the suffering of children, especially in warzones.