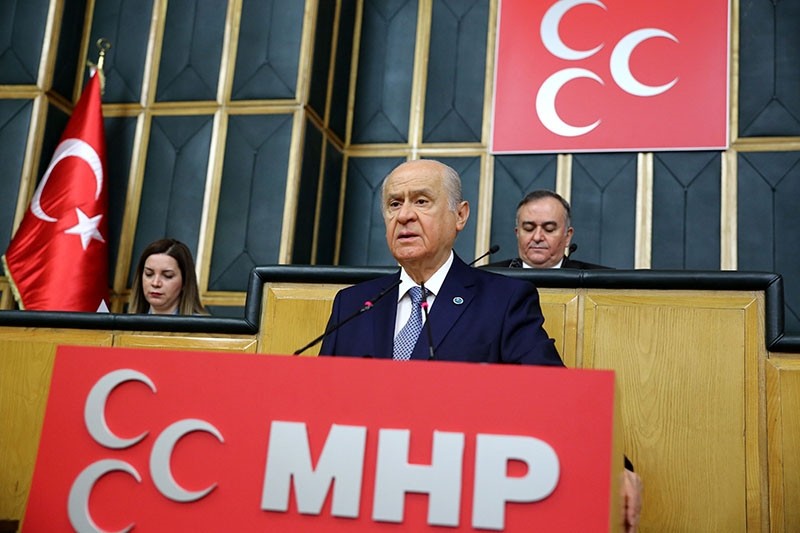 Devlet Bahçeli, the leader of the Nationalist Movement Party (MHP) that backed the constitutional changes, denied Tuesday that his party would be represented in any cabinet reshuffle, in a prospective coalition with the ruling Justice and Development (AK) Party.

Speaking to reporters after his party's regular parliamentary group meeting on Tuesday, Bahçeli said, "There are claims that the MHP would be a coalition partner to the AK Party by taking ministerial positions in the new Cabinet. These claims are wrong."

Bahçeli added that the MHP is "not a party that cover the gaps of other parties."

The MHP prominently lent its support to the AK Party's "Yes" campaign ahead of last month's referendum, leading some observers to speculate that a coalition with MHP cabinet ministers might be in the offing. Bahçeli's statement effectively quashed those rumors.

Prompted by another question, the MHP leader denied that he would be a presidential candidate in the 2019 elections.

The approval of Turkey's April 16 referendum ushered in a host of changes, including the shift from a parliamentary system of government to a presidential one.

Under the new system, simultaneous elections for the presidency as well as a newly expanded parliament are due to be held in 2019.