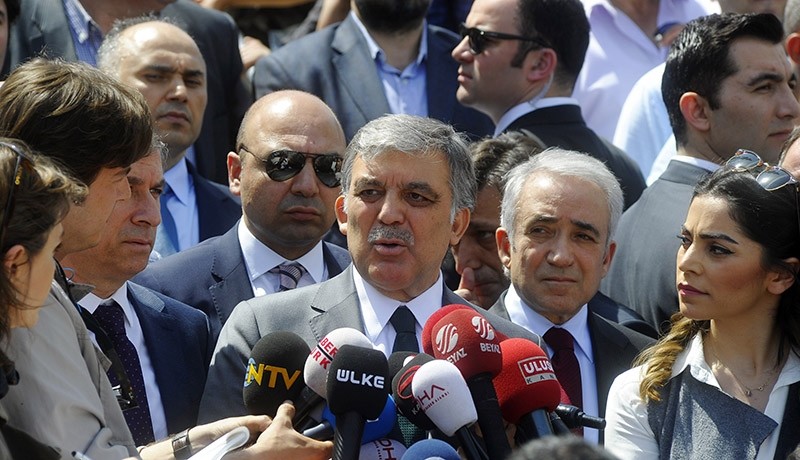 Former Turkish President Abdullah Gül has dispelled rumors that he may return to politics and run in the 2019 presidential election.

"I served as an impartial president for seven years and after my term ended, I underlined many times that I will not be part of daily politics," Gül said on Friday.

Earlier this week, former Republican People's Party (CHP) Chairman and current Antalya deputy Deniz Baykal asserted that former President Abdullah Gül would have a good chance of winning if he were to run in the 2019 election.

"If Mr. Gül had the intention of becoming a candidate, it would be a situation worth evaluating. But, he shouldn't wait to make a decision too late because the process will start [soon]," he said.

Commenting on this issue, former President Gül said that he did not take Baykal's remarks seriously, saying: "In recent days, one politician referred me [as a candidate for the upcoming presidential election]. This [Baykal's] statement was in line with internal party disputes. However, I never take such statements seriously."

Former President Gül also made it clear that he is not planning to return to politics. "There are important issues lying ahead for Turkey; namely, developments that threaten our national interests outside as well as economic expectations inside Turkey. Thus, everyone needs to focus on these issues and should support the government with the common aim to solve these problems," he said.

The election of Abdullah Gül in 2007 caused intense political turmoil in Turkey, centered on the wearing of a headscarf by the first lady. Secular newspapers, state institutions and university rectors all supported the CHP in its campaign against the supposed impropriety of a Turkish first lady wearing a headscarf.

The CHP boycotted the vote in Parliament and the Constitutional Court declared the vote invalid. Thereafter, the AK Party had to call for an early election and, in the July 2007 general election, the AK Party won in a landslide victory with 47 percent. Abdullah Gül was elected by the new Parliament in August 2007.