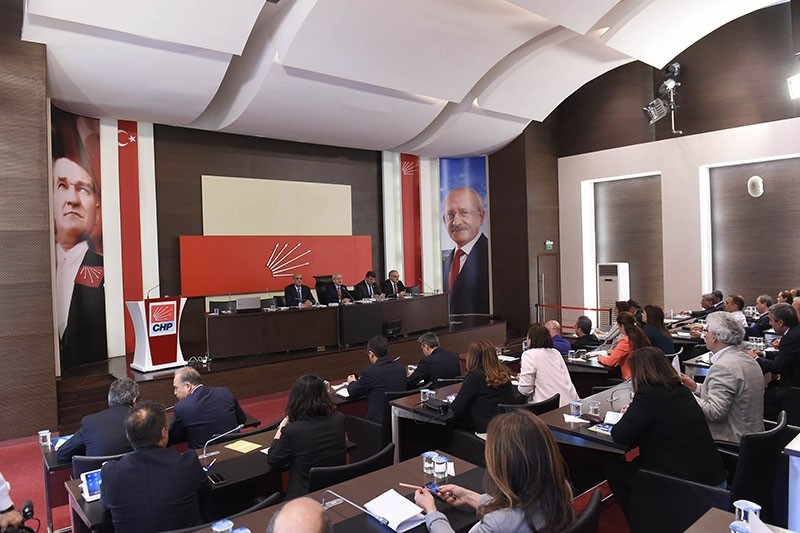 Turmoil within the Republican People's Party (CHP) seems unlikely to end anytime soon as the party's deputy head and spokesperson Selin Sayek Böke resigned on Saturday and another deputy was referred to the disciplinary committee after a decision taken at the CHP Assembly gathered on Sunday.

Announcing her resignation in a written statement on Saturday, Böke said that the CHP, "which should be the strongest political actor representing the 'no' campaign," made controversial decisions questioning intraparty democracy and suppressing opponents in the party.

Meanwhile, the CHP Party Assembly gathered for an extraordinary meeting Sunday and referred Mersin deputy Fikri Sağlar, who has recently to the disciplinary committee due to his criticism of Chairman Kemal Kılıçdaroğlu.

Kılıçdaroğlu was expected to reshuffle the Central Executive Board (MYK) of the party in the wake of the latest developments. According to media reports, almost half the Party Assembly members are against the expulsion of Sağlar.

Despite dissenting voices within the party, CHP Istanbul deputy Gürsel Tekin on Sunday came to the defense of Chairman Kılıçdaroğlu. Rejecting claims that Kılıçdaroğlu has turned the CHP into a "one-man party," Tekin said that he has not seen a chairman with more tolerance than Kılıçdaroğlu.

CHP deputy Chairman Erdal Aksünger commented on Böke's resignation, expressing that the CHP was surprised at her decision, Aksünger said that the decision has no implications for the party, stressing that dragging the party into a chaotic environment is troubling. Aksünger added that the dissents' motivations are due to "an intraparty power struggle."

Kılıçdaroğlu recently sent a stern ultimatum to his fellow party members, saying that he would expel anyone who participated in an intraparty race for chairmanship.

At his party's parliamentary group meeting on Tuesday, Kılıçdaroğlu said: "Intraparty struggle, intraparty fights. …I will never allow an intraparty fight. I will have those fighting kicked out if need be."

Böke, however, has been the latest CHP member to stoke the flames of an intraparty struggle. She said, "As a politician who believes in the universal principles of participatory democracy [and] social democracy, and who thinks that the road to libertarian democracy in Turkey requires these values, I do not find it appropriate to be part of the existing administration's mentality."

The former spokeswoman was involved in an intraparty debate following the referendum after she suggested that the party boycott Parliament if the referendum results were legally compromised. Another CHP deputy, Levent Gök, corrected her statements within a few hours and Böke was harshly criticized during a party meeting.

In spite of the dissenting voices, Tekin expressed full support for Chairman Kılıçdaroğlu. "Let me say this in short. I stand by the side of my party and my chairman simultaneously," he said.

Meanwhile, Kılıçdaroğlu will meet with CHP mayors today. The chairman will reportedly listen to the mayors' thoughts and discuss the strategies for the upcoming elections.