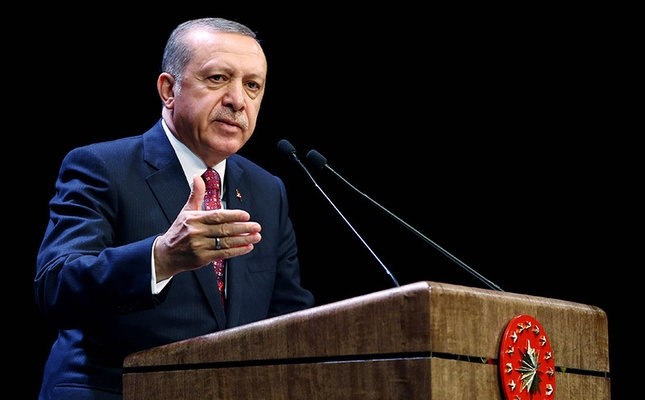 Following his return to the Justice and Development Party (AK Party) last week, the ruling party is now looking forward to seeing President Recep Tayyip Erdoğan as a chairman at the congress on May 21. Sources expect that with Erdoğan's return, the AK Party will adopt more inclusive polices to embrace every segment of society, particularly women and young people, as the party plans to gain new momentum with a rejuvenated administration.

The greater appearance of female politicians and the rising importance of local party administrations are also expected in the AK Party over the new term. The AK Party is set to choose President Erdoğan as its leader once again at its third extraordinary congress on May 21 in Ankara with the participation of thousands of people. In addition to the party leadership, the AK Party's top decision-making bodies, the Central Executive Board (MYK) and Central Decision and Executive Board (MKYK), are expected to make changes in the congress. Beside the changes, sources at the party's headquarters indicated that in the new term inclusiveness and rejuvenation will be the key policies of Erdoğan's AK Party.

Accordingly, the new party administration is expected to include names that reflect different segments of Turkish society with the aim of embracing the whole nation.

In fact, during his rejoining ceremony on May 2, President Erdoğan highlighted that the AK party needs to be more inclusive and should expand its voter base.

"We must establish an understanding of one nation across Turkey's 81 provinces," Erdoğan said, while he further added to his remarks that "in the coming period, we will continue our glorious walk together, stronger and with more determination."

The age requirement for deputy selection was reduced from 25 to 18 with the accepted constitutional amendment package in April 16 referendum.

In line with this change, the number of youths at the AK Party's top decision making bodies is expected to increase at the new party administration.

In addition to the party headquarters, youth politicians are expected to be more visible at the party's local administrations as well, where rejuvenation at all party organizations is expected to bring new dynamism to the AK Party.

A greater appearance of women politicians in AK Party also expected to take place in the new term.

In this regard President Erdoğan signaled a bigger role for women in politics as he spoke at the AK Party headquarters last week.

Erdoğan drew attention to the importance of the AK Party Women's Branch, saying, "All necessary initiatives will be taken to reach the youth and the hearts of all women."

Accordingly there are changes to be made to the party's Women's Branch administration with the aim of reaching a wider audience.

Meanwhile, besides delegates, members of the party's provincial organizations and all former lawmakers, provincial heads, ministers and mayors are expected to be invited to the AK Party congress.

Prominent AK Party figures, such as former President Abdullah Gül and former Deputy Prime Minister Bülent Arınç, have also been invited to the congress, even though they have been distant to party affairs for quite some time.