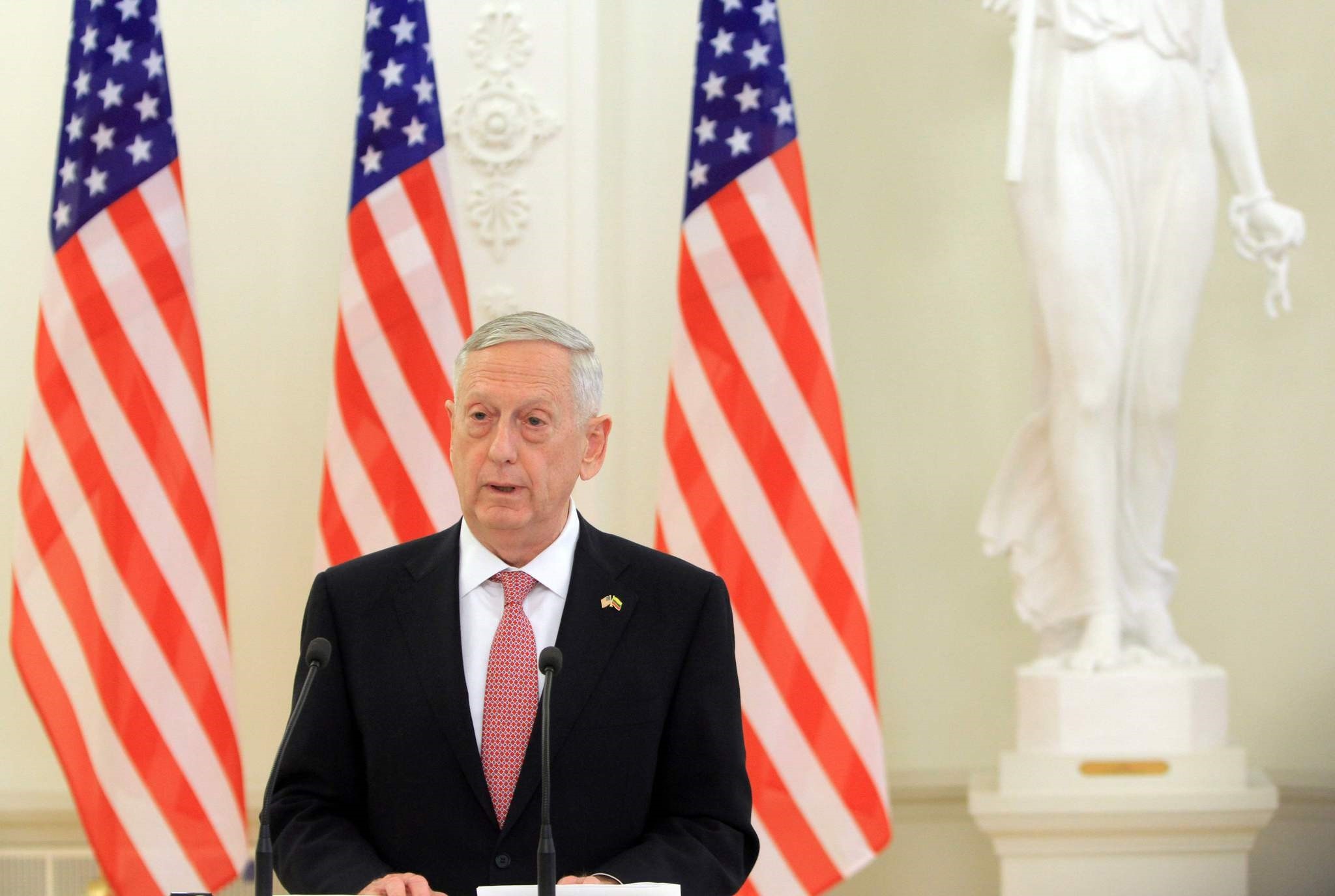 U.S. Defense Secretary Jim Mattis said on Wednesday he was confident the United States would be able to resolve tensions with Turkey over the U.S. decision to arm PKK-linked YPG forces in Syria, saying: "We'll work out any of the concerns."

"We will work very closely with Turkey in support of their security on their southern border. It's Europe's southern border, and we'll stay closely connected," Mattis told reporters during a visit to the Pabrade Training Area in Lithuania.

The U.S. support for the SDF has been a major strain on relations between Washington and Ankara as the YPG forms the backbone of SDF forces.

But Washington has adamantly resisted similarly designating the YPG, using it as a principal partner in the ground war in the fight against Daesh in northern Syria.

The Pentagon said the U.S. is "keenly aware" of Turkey's security concerns as it announced the policy shift.

"We want to reassure the people and government of Turkey that the U.S. is committed to preventing additional security risks and protecting our NATO ally," Chief Pentagon Spokesperson Dana W. White said.

"The U.S. continues to prioritize our support for Arab elements of the SDF," she said, adding that Raqqah "and all liberated territory should return to the governance of local Syrian Arabs."

The Pentagon did not immediately specify what types of support the U.S. would begin to supply under the new authorities, but a Defense official said it would include small arms, machine guns, ammunition, armored vehicles, trucks and engineering equipment.