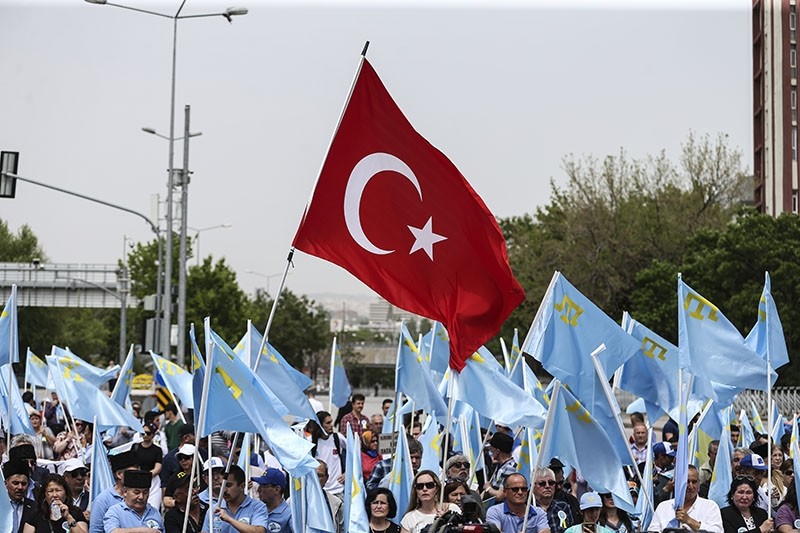 The Turkish Ministry of Foreign Affairs in a statement regarding the anniversary of the Circassian exile said Thursday that Turkey does, as it has in the past, continue to stand by the Crimean Tatar Turks who are considered both the kinsmen and the friends of Turkey's Turks, bowing respectfully in remembrance of losses incurred from the tragedy.

The spokesperson for the Ministry of Foreign Affairs Ambassador Hüseyin Müftüoğlu said in a statement that "May 21 is commemorated as the anniversary of the Circassian exile. During the invasion of the Caucasus by Tsarist Russia throughout the 19th century, hundreds of thousands of Caucasian people lost their lives and many survivors sought shelter in Anatolia. Today, we still feel the pain of the tragedy."

Meanwhile, a delegation from Turkey that includes representatives of the Crimean Tatar diaspora has arrived in Crimea according to the head of the Russian region's Committee for Inter-Ethnic Relations Zaur Smirnov who spoke to Sputnik on Wednesday. The delegation is headed by Unver Sel, head of the Federation of Crimean Tatar Communities of Turkey.

During the visit, the delegation is expected to participate in an international conference titled, "Cooperation of Crimean Tatar Public Organizations of the Republic of Crimea With Compatriots Abroad," as well as take part in events dedicated to the 73rd anniversary of the deportation of the Crimean Tatars from the peninsula.

On May 18, 1944, tens of thousands of Crimean Tatars were deported to Central Asia by Joseph Stalin's Soviet regime, which accused them of having collaborated with occupying Nazi forces.