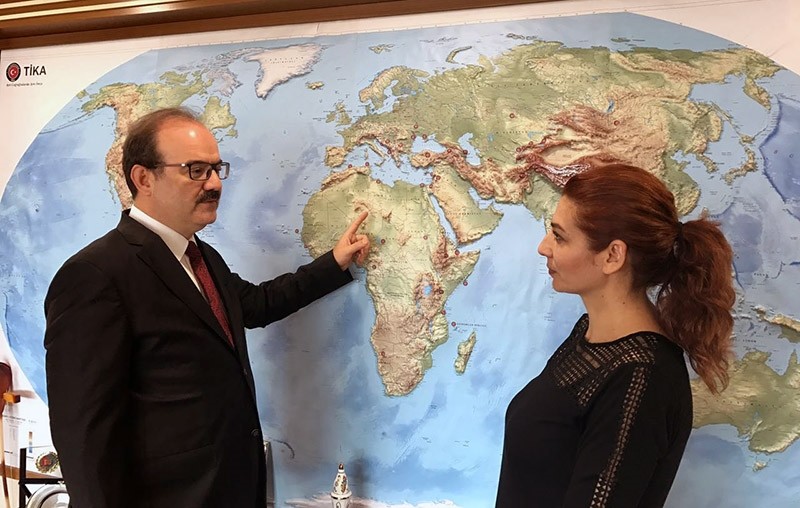 The Turkish Cooperation and Coordination Agency (TİKA) has created a new development model for African countries that consists of a wide range of support programs ranging from restoration to education and agriculture to irrigation, which aims to foster self-reliance across the continent.

TİKA President Serdar Çam said that the description of Africa as the "dark continent" is an illusion forged from the "poverty and misery" that have resulted from hundreds of years of exploitation.

"Under the name of current aid programs, the poor people on this rich continent have continued to be exploited by the world powers. After having lost our ties with Africa 100 years ago, we have developed a model known as the 'Turkish Type of Development Support' for the African people. This demographic group does not need humanitarian aid. What they need is the ability to have self-determination and to utilize their own resources themselves," he said.

Çam added that Turkey is not only helping Africa but also "supports [African] countries" by providing the means to establish hospitals, roads, schools, vocational training programs and irrigation systems across the continent. Çam also said that "Turkey became the number-one country in humanitarian aid with $1.6 billion worth of support being provided to the continent's underdeveloped countries," Çam said.

In Somalia, the Somalian-Turkish Research Hospital, which was opened in 2015 in the capital Mogadishu by President Recep Tayyip Erdoğan, is providing poor Somalians with access to basic health services in a country still struggling to recover from past conflicts and an ongoing campaign of terror.

A similar hospital was opened in Nyala, the capital of the South Sudan state, three years ago. The Nyala Sudanese-Turkish Research Hospital caters to both the local population as well as patients from nearby countries such as Cameroon, Chad and Gambia.

Another hospital is in the works in Libya's Misrata, which has been devastated by civil war. The construction that started in 2012 wrapped up last year. The hospital was built on a space of about 2,400 square meters and it is set to be opened later this year. With a capacity of 200 patients receiving treatment per day, the hospital will have three wards.

Apart from building modern hospitals in several countries around the world, the state-run agency helps those in need of health services including patient consultations with doctors - sometimes for bone marrow transplants - and sometimes for aesthetic surgery to treat burns.