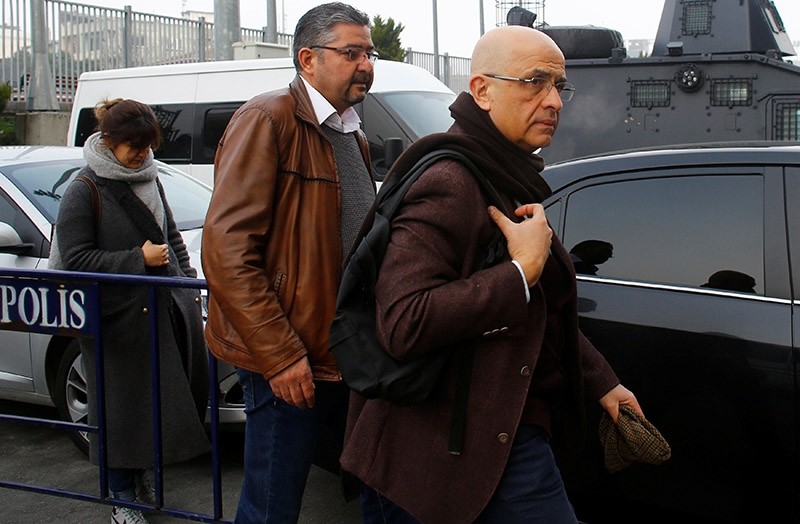 Enis Berberou011flu, a lawmaker from the main opposition Republican People's Party (CHP), arrives at the Cau011flayan courthouse to attend a trial in Istanbul, Turkey March 1, 2017. (Reuters Photo)
by Daily Sabah Jun 19, 2017 12:00 am

Istanbul's 15th Criminal Court evaluated the appeal by Berberoğlu's lawyer against the decision made by the Istanbul 14th Criminal Court, which sentenced Berberoğlu to 25 years in prison for military or political spying after he supplied information to the press about National Intelligence Organization (MİT) trucks that were carrying aid to Syria in January 2014.

The 14th Criminal Court initially decided on a life sentence on the basis of the crime's time and place, its importance and value, the damage and danger that it caused, and the motivation behind the crime.

However, the court decided to reduce the life sentence to 25 years, also ruling for Berberoğlu's arrest as he posed a danger of fleeing before imprisonment. He will remain under arrest while the appeal process is carried out.

Facing charges in the MİT trucks case, Berberoğlu was among the deputies that lost their parliamentary immunity last year, when a government-sponsored bill stripped the protection from 138 lawmakers with pending charges. Although disagreeing with the bill in principle, the CHP did not block the bill at the general assembly, which was directly passed by the Parliament with 376 out of 550 votes.

In January 2014, trucks belonging to MİT carrying aid to northern Syria, where Turkmens had been exposed to heavy airstrikes and attacks under the Assad regime, were stopped and intercepted by security forces upon the order of former Adana Public Prosecutor Özcan Şişman and Brigade General Hamza Celepoğlu.

The supplies in the trucks were seized and MİT staffers were handcuffed before being detained.

It was later revealed that the raid was a plot by the Gülenist Terror Group (FETÖ) to embarrass and discredit the government via its followers, who had infiltrated the army and judiciary.