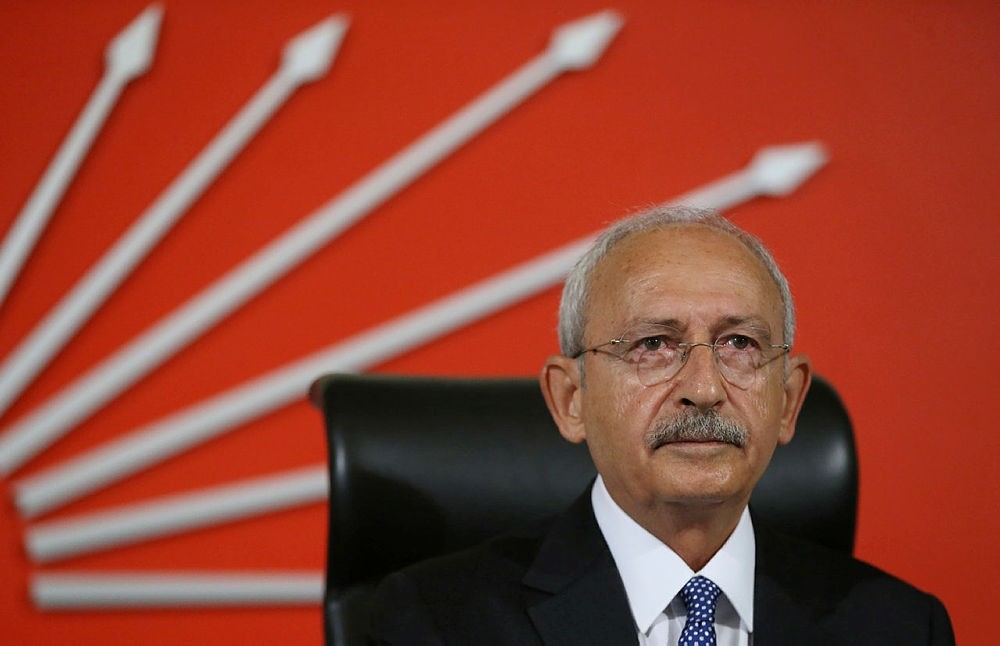 Main opposition Republican People's Party (CHP) leader Kemal Kılıçdaroğlu's lawyer Celal Çelik was detained on Friday in Ankara on charges of being a member of the Gülenist Terror Group (FETÖ). Çelik was apprehended in Ankara by an order of the Istanbul Prosecutor's Office and will later be brought to Istanbul.

Investigations have revealed that he was in close communication with Fatih Gürsul, a former adviser to Kılıçdaroğlu, in early 2014 when the case known as the National Intelligence Organization (MİT) trucks took place. Gürsul, who is in jail pending the conclusion of his trial on membership of FETÖ, was revealed to have been in communication with known FETÖ members in the U.S. via Bylock, an encrypted communication application for smartphones used almost exclusively by FETÖ members. Gürsul forwarded Kılıçdaroğlu's emails to his FETÖ superiors in the U.S. Gürsul, an academic at Istanbul University, was detained on Dec. 6, 2016 for FETÖ membership.

Gürsul is also accused of being in direct communication with senior FETÖ operative Süleyman Gürbüz, who is currently a fugitive.

In Jan. 19, 2014, three trucks going to Syria were stopped by a team of police and gendarmerie officers on the orders of the Hatay Prosecutor's Office. These trucks belonged to the MİT, which was transporting aid to Syrian Turkmen groups for their defense against the assaults of the Assad regime and Daesh.

Investigations were launched against judicial officials involved in the raid on the trucks. Former prosecutor Yaşar Kavalcıoğlu, who ordered the stopping of the trucks, was arrested last April for membership of a terrorist group.

The government accused those involved in the raid of FETÖ membership and newspapers that published secret information on the case of espionage.

Çelik is known to have canceled his subscription to the Digiturk television platform in late 2015 for suspending the broadcast of TV channels linked to FETÖ, STV, Kanaltürk, Bugün TV and S Haber. Many people linked to FETÖ had canceled their Digiturk subscriptions at the time. All of FETÖ linked TV, radio channels and newspapers were seized by the state after last year's deadly coup attempt.

Answering questions Friday regarding Çelik's detention, Kılıçdaroğlu claimed that the current fight against FETÖ only serves FETÖ itself.

"He [Çelik] is a lawyer who had to resign when FETÖ was dominating the Supreme Courts of Appeals. He is a man who rose up against FETÖ's dominance there and resigned because of that. There is an eclipse of reasoning, what can I say?" Kılıçdaroğlu said.

CHP Vice Chairman and Party Spokesperson Bülent Tezcan claimed that this is a setup by hidden FETÖ members to create confusion in ongoing FETÖ probes, and said that neither Çelik is a FETÖ member nor CHP can be accused with FETÖ support out of it. Tezcan added that Çelik stood against Ergenekon and Sledgehammer (Balyoz) sham trials launched by FETÖ against members of military at the time, and he resigned from the Supreme Court of Appeals in protest of these trials.

FETÖ, a shadowy group led by fugitive cult leader Fetullah Gülen, through its operatives within the judiciary, police, military, other state agencies and media, persecuted anyone they deemed as opponents over the years. FETÖ, recognized as a terrorist group by Turkey, is also active across the world through what they call educational institutions, which are mainly used to generate funds for their illicit activities and recruitment.

Last year's deadly coup on July 15, undertaken by FETÖ operatives within the military, failed due to serious public backlash. It killed 250 people and injured over 2,200. The government declared a state of emergency a few days later, allowing the firing of tens of thousands of public servants linked to the terrorist group. The government has also set up a commission to review objections to the firings.

The U.S. continues to refuse to extradite Gülen to Turkey, which has caused serious public backlash toward the American administration.