AK Party transforms itself with new appointments to local organizations 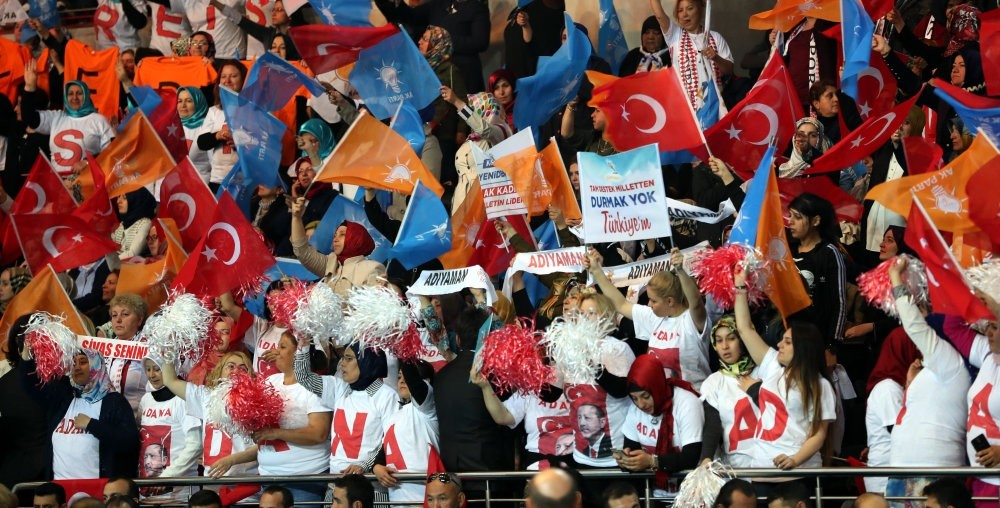 New provincial heads have been appointed in some provinces in Turkey, replacing the former heads with younger names as part of the party's rejuvenation process

The local organizations of the Justice and Development Party (AK Party) have started getting younger as the result of the implementation of policies for rejuvenation that are planned to continue until the 2019 elections.

Deputy Chairman of the AK Party in charge of organizations Mustafa Ataş announced Tuesday that following negotiations with Turkey's President and AK Party Chairman Recep Tayyip Erdoğan, they made new appointments to the role of provicial head in the provinces of Giresun, Niğde, Nevşehir and Kırıkkale, replacing the former heads with younger names in the scope of the party's rejuvenation process.

Indicating that the AK Party is the backbone of Turkey, Ataş said that party organizations at the provincial, district and local levels are also the backbone of the AK Party and should be reshuffled accordingly to provide maximum effectiveness in assisting President Erdoğan.

Meanwhile, the president yesterday denied resignation rumors regarding Melih Gökçek, the mayor of the capital city Ankara, saying: "There is no such thing right now." The president went on to say "Yet, this definitely does not mean that it will not happen in the future, since we will be undergoing a change and transformation process until the next elections."

"There is research being conducted on our local organizations and municipalities for regeneration. Yet, while this study continues, the news being circulated by the media claiming that [we have demanded] the resignations of some mayors does not represent the truth. There is no such thing. Yet, this does not mean that our party is not conducting a research on this issue with the consideration of performance criteria. We are conducting our evaluations on all of our municipalities," Ünal stated.

High-profile resignations have come in the wake of President Recep Tayyip Erdoğan's remarks regarding the rejuvenation efforts for the AK Party. Mehmet Keleş, mayor of the northern province of Düzce, announced his resignation a few weeks after Kadir Topbaş suddenly resigned as mayor of the country's most populated city, Istanbul. Istanbul Metropolitan Municipality (İBB) Mayor Kadir Topbaş announced his resignation Friday, after 13 years of service.

The AK Party has been in power for 15 years and saw a number of changes in its ruling cadres before and after its multiple election wins, but this is the first time that mayors have offered their resignation in such a short period of time.

The ruling party entered a new era following President Erdoğan's return to the party in late May. After constitutional changes were approved in the April 16 referendum that allowed President Erdoğan to re-establish his ties with the AK Party, the party held an emergency congress on May 21. Since then, the Cabinet has been reshuffled and Erdoğan has repeatedly spoken of "mental fatigue" within the party. "Our fellow friends in successful branches will, of course, continue to perform their duties but I guess that you can also agree that comprehensive change is needed in our local administrations," Erdoğan said earlier in July.