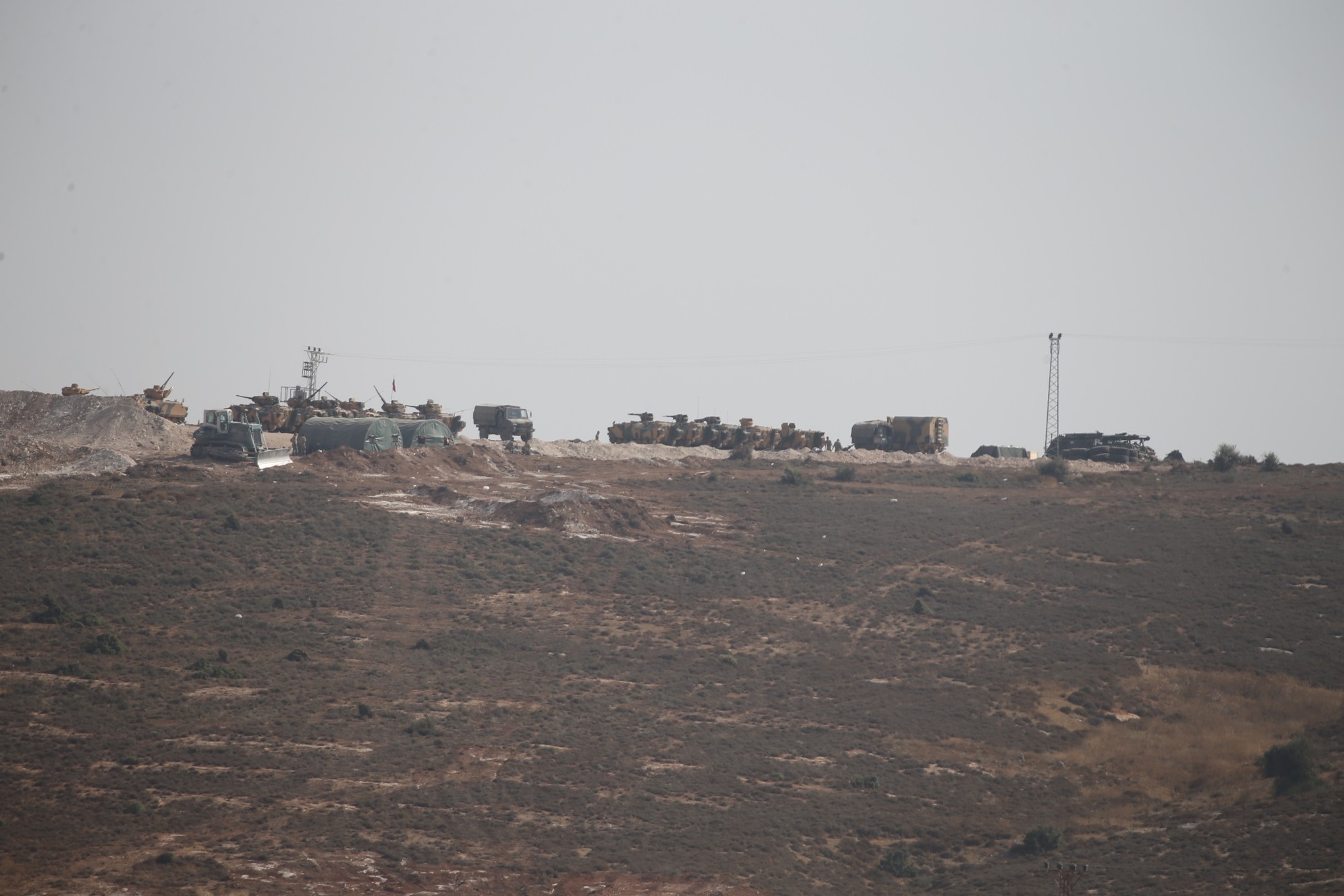 The Turkish Armed Forces (TSK) is reportedly planning to set up a total of 12 observation and security points in Syria's Idlib under the scope of the Astana peace process as the Turkish army is preparing to extend the operation to Afrin and Manbij.

According to a report published by Anadolu Agency, Turkish troops will be deployed to strategic points in Idlib, near its border with Afrin and Manbij, to monitor the region to prevent clashes between Syrian opposition fighters and Assad forces as well as outline a plan for an upcoming operation in the other two areas.

Turkey's military began setting up observation posts in Idlib this month under a deal with Russia and Iran to reduce clashes between opposition groups and the regime by establishing de-escalation zones.

Latest reports from the ground in Idlib confirmed that the Turkish military deployment was complete and troops were stationed at Dar Ta izzah, near the Idlib-Afrin border.

Ankara is also reportedly eager to deploy troops at Abu al-Duhur airport and Taftanaz Military Airbase to completely surround Afrin, which is currently under the Democratic Union Party (PYD)'s control. The new deployments are also partly aimed at containing the PKK's Syrian offshoot the PYD and its armed People's Protection Units (YPG), and prevent Kurdish militias from forming a "terrorist canton."

Earlier this month, President Erdoğan announced that Turkey was conducting a "serious operation" with the Free Syrian Army (FSA) as part of the de-escalation deal.

The operation in Idlib is the second time in over a year that the Turkish military has crossed into Syria. The first, Operation Euphrates Shield, was launched on Aug. 24, 2016, in collaboration with the FSA. It liberated several Daesh strongholds, including Jarablus, Dabiq, al-Rai, and al-Bab.

The operation dealt a severe blow to Daesh and more than 2,000 square kilometers (770 square miles) of area in northern Syria was taken under control. More than 100,000 Syrian refugees have since returned to their hometowns in the liberated areas.