Erdoğan: Muslim world does not focus on women's issues enough 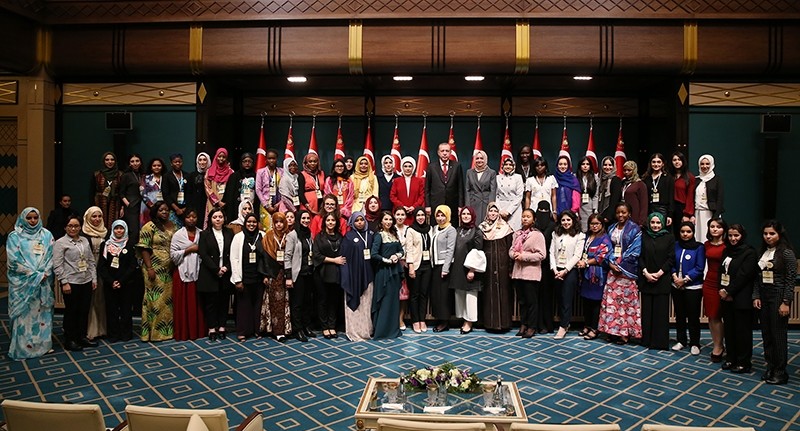 President Recep Tayyip Erdoğan criticized the Muslim world yesterday for not uniting for a common cause and not focusing on women's issues enough.

Speaking at the Organization of Islamic Cooperation's Women Advisory Council Young Women Leadership and Entrepreneurship Program's certificate ceremony, Erdoğan said that they have always supported and will continue to support women's struggle for their rights.

"Even the Organization of Islamic Cooperation does not understand women's problems properly. Why is there no women's branch within the organization," Erdoğan asked, adding that, unfortunately, the Islamic world fails to unite over a common cause and is to the troubles of Muslims.

"For us, anything that lacks a woman's touch is incomplete. In last fifteen years, we have worked a lot to eradicate the barriers before the women's development," the President said, referring to the lift of the hijab ban that was preventing hijab-wearing women from attending the university and other public spaces.

The Justice and Development (AK Party) government led by then Prime Minister Erdoğan became a pioneer in terms of resolving the country's headscarf issue, which left millions of covered women in a dilemma to make a choice between their faith and education or working life.

Through the democratization package to guarantee democratic rights for all citizens, the AK Party government passed laws and made amendments to existing ones to ensure women wearing headscarves could receive education and work as public servants.