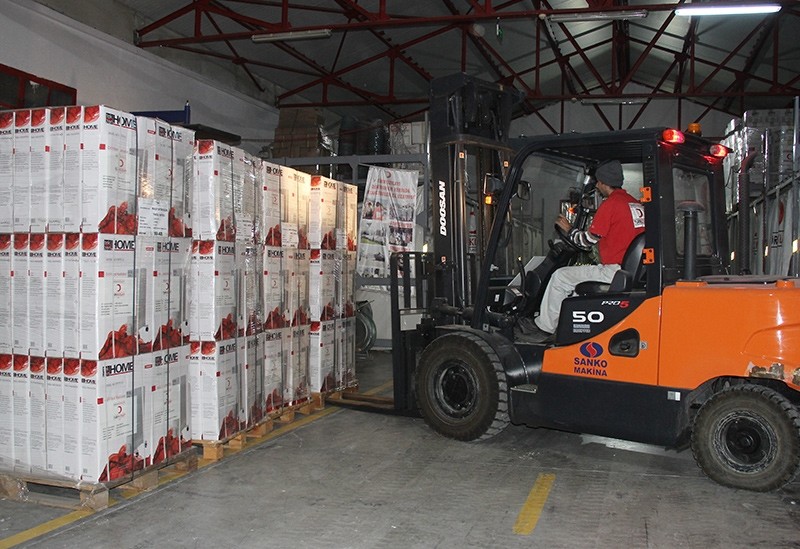 Turkey will stand by the people of Iraq and Iran who have been through a magnitude 7.2 earthquake, President Recep Tayyip Erdoğan and Prime Minister Binali Yıldırım said Monday.

Speaking to reporters at Atatürk Airport in Istanbul, prior to his departure for Russia, Erdoğan offered condolences to the people of both countries and said that Turkish aid agencies will also cooperate in the search and rescue efforts in Iraq and Iran.

"As of now, 50 trucks of aid convoy have crossed into Iraq through Habur [border gate] in coordination with the Disaster and Emergency Management Authority (AFAD) and the Red Crescent," Erdoğan told reporters.

He added that Turkey will continue to provide aid to the quake-hit areas in Iran and Iraq.

Meanwhile, the prime minister noted that Turkey will fully support the Iraqi people who are going through a difficult time and the country has taken immediate action to send medical aid and food assistance.

"The first aid convoy is currently on its way" Yıldırım said, adding that he hopes the death toll will not increase.

Meanwhile, Foreign Minister Mevlüt Çavuşoğlu held a phone conversation with his Iranian counterpart Javad Zarif and told him that Turkey is ready to provide aid to Iran is needed.