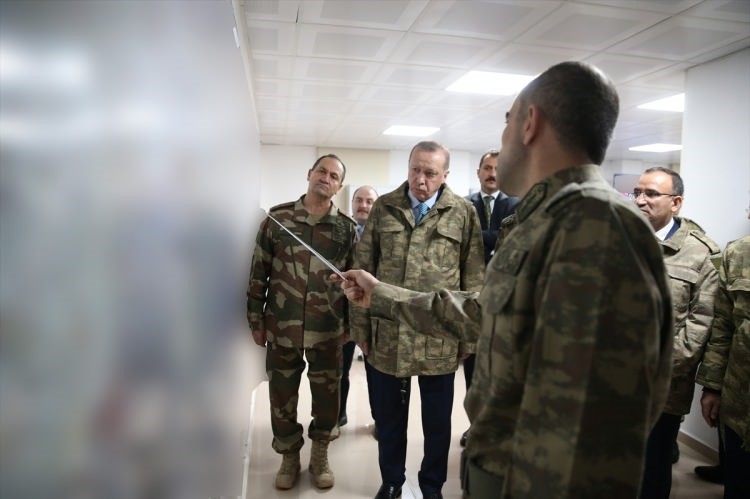 Erdoğan, accompanied by Chief of General Staff Hulusi Akar, visited the operation base on the sixth day of the ongoing Afrin counter-terror operation.

Due to the president's surprise trip to Hatay, a previously-planned meeting between Erdoğan and Prime Minister Binali Yıldırım was postponed, media sources said.

According to the Turkish General Staff, the Operation Olive Branch aims to establish security and stability along Turkish borders and in the region, as well as to protect Syrian people from the oppression and cruelty of terrorists.