Expelled CHP deputy may be pardoned after Atatürk portrait spat 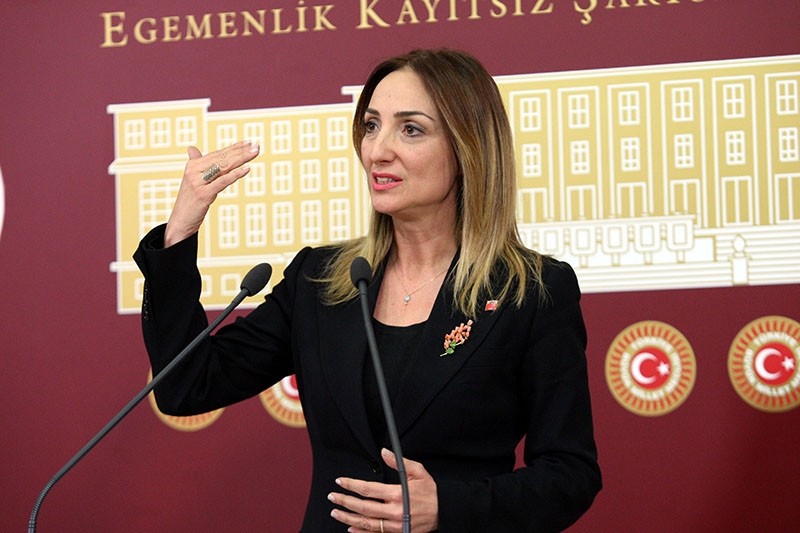 The Republican People's Party (CHP) has decided that Ankara independent deputy Aylin Nazlıaka, who was previously expelled from the party over turmoil regarding a portrait of Mustafa Kemal Atatürk, could be pardoned.

The decision was to propose the deputy's case to the party assembly on Tuesday during a Central Executive Board (MYK) meeting.

Nazlıaka was discharged from the CHP in March 2016 over remarks that a CHP deputy had taken down a portrait of Atatürk, the founder of the Republic of Turkey.

She had last month petitioned the party assembly, which had the power to pardon her.

Without a MYK proposal, the appeal could not be put to vote, so a pardon was postponed at the time.

Nazlıaka's return to the party will be decided on Friday. Purportedly, opposing party members can object to the proposal and cause debate at the meeting.

Previously, Kılıçdaroğlu said that the suggestion to pardon Nazlıaka can only be brought to the agenda in the party assembly if such a decision is made at the MYK. The CHP never confirmed this and has not given further details.

The CHP has accelerated work to pick candidates for the upcoming local elections, especially for Ankara and Istanbul.

Reportedly, the party has a couple of probable candidates to run in the two crucial provinces.

Gürsel Tekin and Mahmut Tanal, both Istanbul deputies, also declared their intent to run for the CHP.