Opposition CHP candidate urges supporters to back other parties 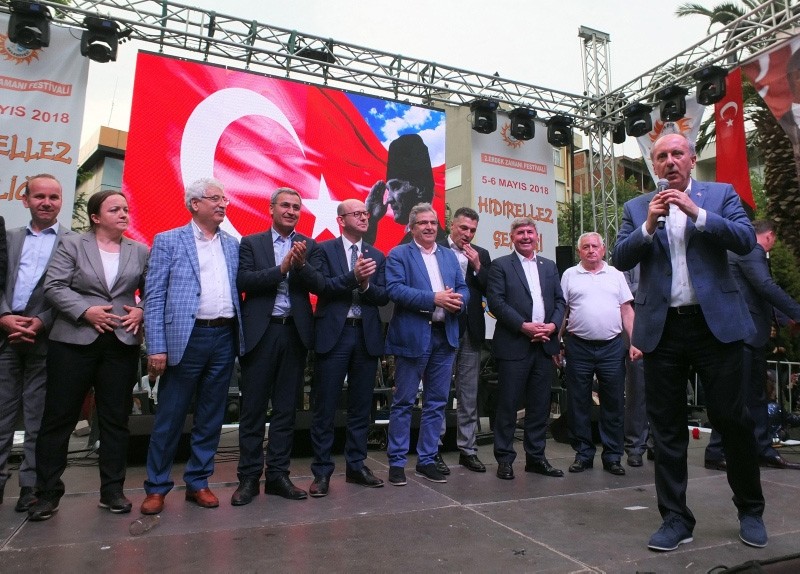 The presidential candidate for the main opposition Republican People's Party (CHP) has urged citizens to sign up for candidates of other opposition parties so that they too could become eligible to contest the upcoming elections.

Addressing a crowd in his hometown Yalova in northwestern Turkey on Saturday, Muharrem Ince said: "I am giving instructions to members of the CHP, I request our citizens: all of you go and sign [petitions] for [Meral] Akşener, [Temel] Karamollaoğlu, [Doğu] Perin.ek and all others who want to be nominated [in the presidential election]."

He was referring to the leaders of newly-formed Good (IYI) Party, Felicity Party and Patriotic Party who need at least 100,000 signatures in order to run for the presidency.

Ince, who launched his election campaign from Yalova, said: "This is democracy."

He added that democracy is "not about asking something for yourself but for others".

The CHP, Good Party, Felicity Party and Democrat Party signed a declaration on Saturday, marking a four-party election alliance called the "nation alliance" to jointly run in the parliamentary elections.

On Friday, the main opposition party nominated Ince as its presidential candidate in the June 24 early elections.

President Recep Tayyip Erdoğan last month announced plans to hold presidential and parliamentary elections on June 24, over a year before they had been scheduled, in November 2019.

Ince stated that he would take the country back to the parliamentary system if he gets elected as president.

In an April 2017 referendum, Turkish voters approved the switch from a parliamentary system to a presidential one.