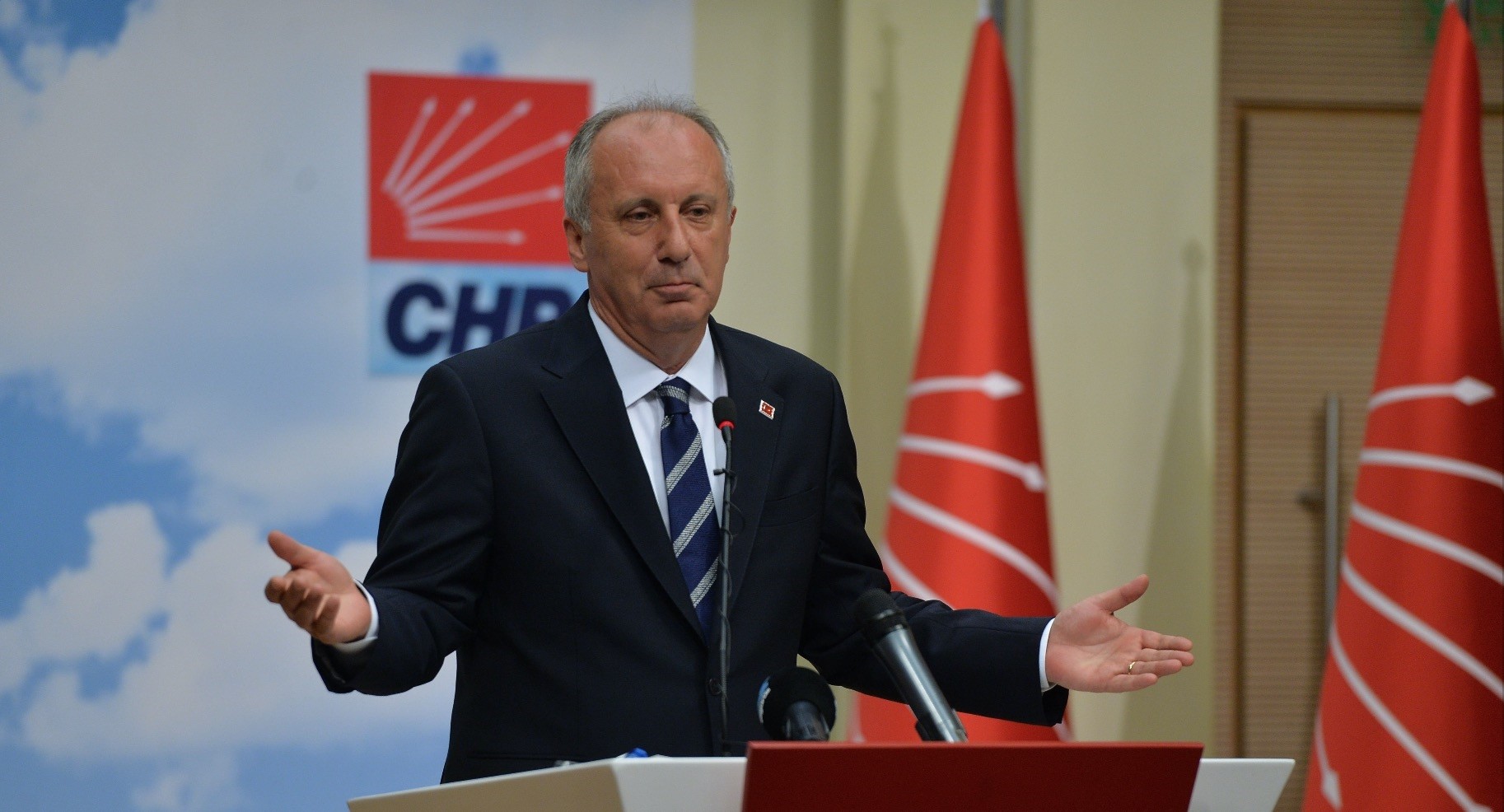 Following the election defeat on June 24, the CHP's presidential candidate Muharram İnce's pressure over party Chairman Kemal Kılıçdaroğlu has increased. Some delegations have started to submit signatures for an extraordinary congress to change the party leadership

The ongoing leadership debates within the main opposition Republican People's Party (CHP) have revealed the deep cracks in the party to the public. It seems that the intraparty debates will not end soon as Muharrem İnce, the CHP's presidential candidate for the June 24 elections, shows no sign of giving up on becoming the ultimate leader of the party. "I have no secret agenda or plans. I promised that I will not lie to the people," İnce said yesterday, adding that he openly told the press about his offer to Kılıçdaroğlu to become an honorary chairman of the party and that he become the chairman of the party.

İnce's remarks were made after the CHP leader slammed İnce for revealing publicly what the two talked about in a meeting on Monday evening. In a clear sign showing that he will not give up on the leadership debate, İnce started his countrywide tour to thank electorates in the eastern province of Erzurum, a traditionally conservative region where İnce received 9.9 percent of the votes, compared to the CHP's 4.4 percent. Despite the heated debates engulfing the CHP, İnce claimed that there was no chaos within the party and added that he has brotherly relations with Kılıçdaroğlu.

On Tuesday, İnce had said he had offered Kılıçdaroğlu to call for extraordinary congress and his intention to run for president.

In relation to the issue, Şahin Mengü, a former CHP deputy and a renowned figure within the party, told Daily Sabah that the call for congress by İnce shows that the bridges between İnce and Kılıçdaroğlu were burned.Mengü added that it is the CHP's deputies who would decide whether there will be a congress or not.

According to the CHP's bylaws, the congress can be held with the party chairman's call or the decision of the Party Assembly. It can be also convened with the signatures of one-fifth of the total number of congress delegates.

However, in order to have an election during the congress a simple majority of the total number of congress delegates is needed.

Meanwhile, some of the CHP's young congress delegates, including Sinan Çiftçi, Mehmet Emin Altunses, Burak Esen, Hilal Çokoy and Aylin Ayyıldız, have submitted their signatures for an extraordinary congress demanding that İnce should become the party chairman.

İnce's aim of running for CHP leadership is not new. The now-former Yalova deputy of CHP had ran twice against Kılıçdaroğlu and failed to gain enough support from party delegates both times.

However, after the June 24 parliamentary and presidential elections, İnce has once against voiced his intention to run for chairmanship of the party, building on the support he gained during the presidential race, which was 8 percent ahead of the party itself. İnce had received about 30 percent against his main rival, the incumbent President Recep Tayyip Erdoğan, who won the elections with 52.6 percent of the vote. CHP had garnered only about 22 percent.

The gap between the votes for İnce and the CHP sparked debates within the party as some party members and supporters called on Kılıçdaroğlu, whom they see as responsible for the repeated failures, to step down.While the leadership debate continues, İnce has ramped up his efforts saying that he will become a presidential candidate again when there is an election. During his visit to the CHP's provincial headquarters in Erzurum, İnce announced that he will launch a membership campaign targeting the youth from Erzurum, which he was unable to visit during his election campaign.

"I will make the opening of the campaign that I will launch on Sep. 9 in Erzurum. This campaign is named 'Let's rule Turkey with the youth," he said.

"The June 24 elections have necessitated an urgent change within the CHP," Aziz Kocaoğlu, CHP's İzmir Metropolitan Mayor, stated yesterday, admitting that the party needs to take significant steps to recover from the failure of the elections.

Kocaoğlu added that the public demands a change from the party as well. He said that this change should be led by the party chairman.

Meanwhile, the CHP's Central Executive Board (MYK) convenes today. In the MYK, the developments following the June 24 elections and the demands for an extraordinary congress will be discussed.