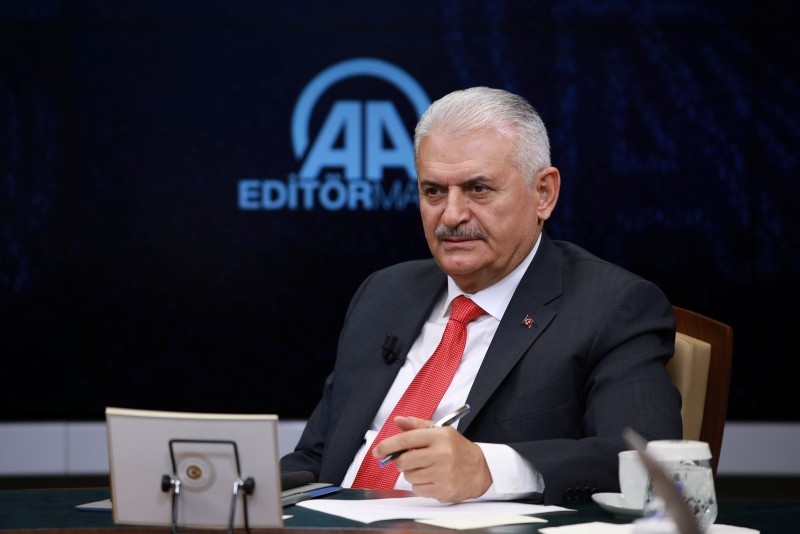 Speaking to Anadolu Agency, Yıldırım said that the importance of parliament "has grown under the new system."

"Apart from the budget law, the government does not have the authority to propose legislation," the prime minister added. He said that this shows the strong power and role of Parliament.

Economy in the new system

The prime minister said if Turkey had grown 5.7 percent since 1925, by now it would have been the world's seventh-largest economy with a GDP of $2.3 trillion, right after France, but actually it is now the 17th-largest economy.

He went on to say that Turkey must continue its growth around strong production, employment, and exports.

"We will use the build-operate-transfer model and external sources more often. We will spend the rest on social projects," he said said.

Yıldırım said that the government will make it a top priority to bring down interest rates and inflation, and continue with structural reforms.

Balancing resources with Turkey's commitment to monetary policy will be a main focus in the days to come, he added.

Counterterrorism and the U.S.

Touching upon Turkey's continuous fight against terrorism, Yıldırım said that the country's defense and attack strategies have changed a lot after the July 2016 defeated coup attempt.

"Terror needs to be eliminated where it is; we have cleared a 400-kilometer area from the Mediterranean to west of Euphrates," he said, adding that Turkish forces are now in a 350-kilometer area of Iraq, stretching from Turkey's Habur border to Iran, including Mt. Qandil, where the terrorist PKK's headquarters is located.

The prime minister also commented on Turkey's ongoing efforts to clear terrorists from the northern Syrian city of Manbij.

"We're telling the U.S. clearly that we work together in Manbij, Syria but we don't want any threats east of the Euphrates," Yıldırım said, adding that relations with the U.S. would "normalize and continue to be worthy of two NATO allies".

Turkish and U.S. patrols in the region began on June 18, after a Manbij road map was announced after Foreign Minister Mevlüt Çavuşoğlu and U.S. Secretary of State Mike Pompeo met in Washington in June.

The deal focuses on the withdrawal of the PKK-affiliated People's Protection Units (YPG) from the northern Syrian city in order to stabilize the region.

Yıldırım's premiership is due to conclude when a new government is formed next week.Yıldırım, Turkey's last prime minister, is serving his last days at the post, as the country officially shifted to a presidential system of government last month with President Recep Tayyip Erdoğan's election victory.