CHP's Ince calls for party makeover, says will not run for mayor of Istanbul 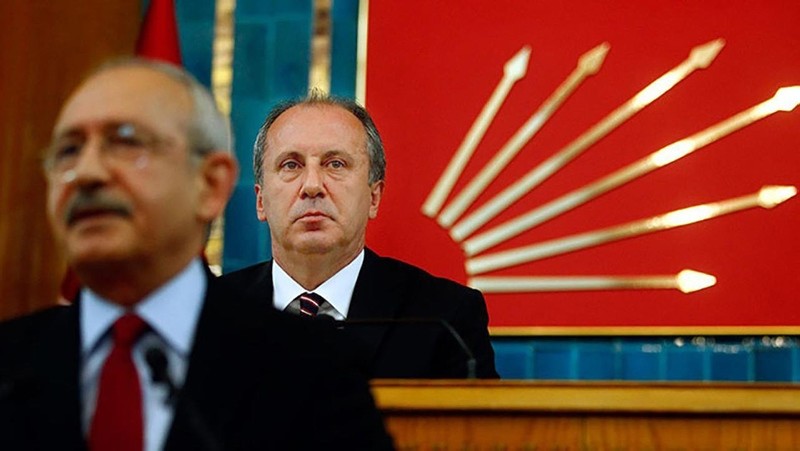 Speaking at a live interview on Haber Türk news channel, Ince ruled out claims that he was planning to establish a breakaway party and said instead CHP needs to renew itself as well as its chairman Kemal Kılıçdaroğlu.

Ince, a former deputy of the northwestern province of Yalova, gained 30.7 percent of votes and came in a distant second to President Recep Tayyip Erdoğan, who received 52.6 percent of the votes. Meanwhile, the CHP's votes in the parliamentary elections remained at 22.6 percent, a gap of nearly 8 percent between the chairman's total vote and his party's.

The CHP has been reeling amid an intraparty squabble between Ince and Kılıçdaroğlu since the June 24 elections. In the wake of the results of the parliamentary and presidential elections, Ince voiced his intention to run for the chairmanship of the party, building on the support he gained during the presidential race, which was eight points ahead of the party itself.

According to CHP bylaws, the convention can be held with the party chairman's call or the decision of the Party Assembly. It can also be convened with the signatures of one-fifth of the total number of congress delegates.

When asked whether he would consider running for CHP's candidate for Istanbul mayor, Ince said he preserves his goal to become the country's president.

"I say let's prepare for the next presidential elections, change our party regulations and program. Let's increase the number of party members."