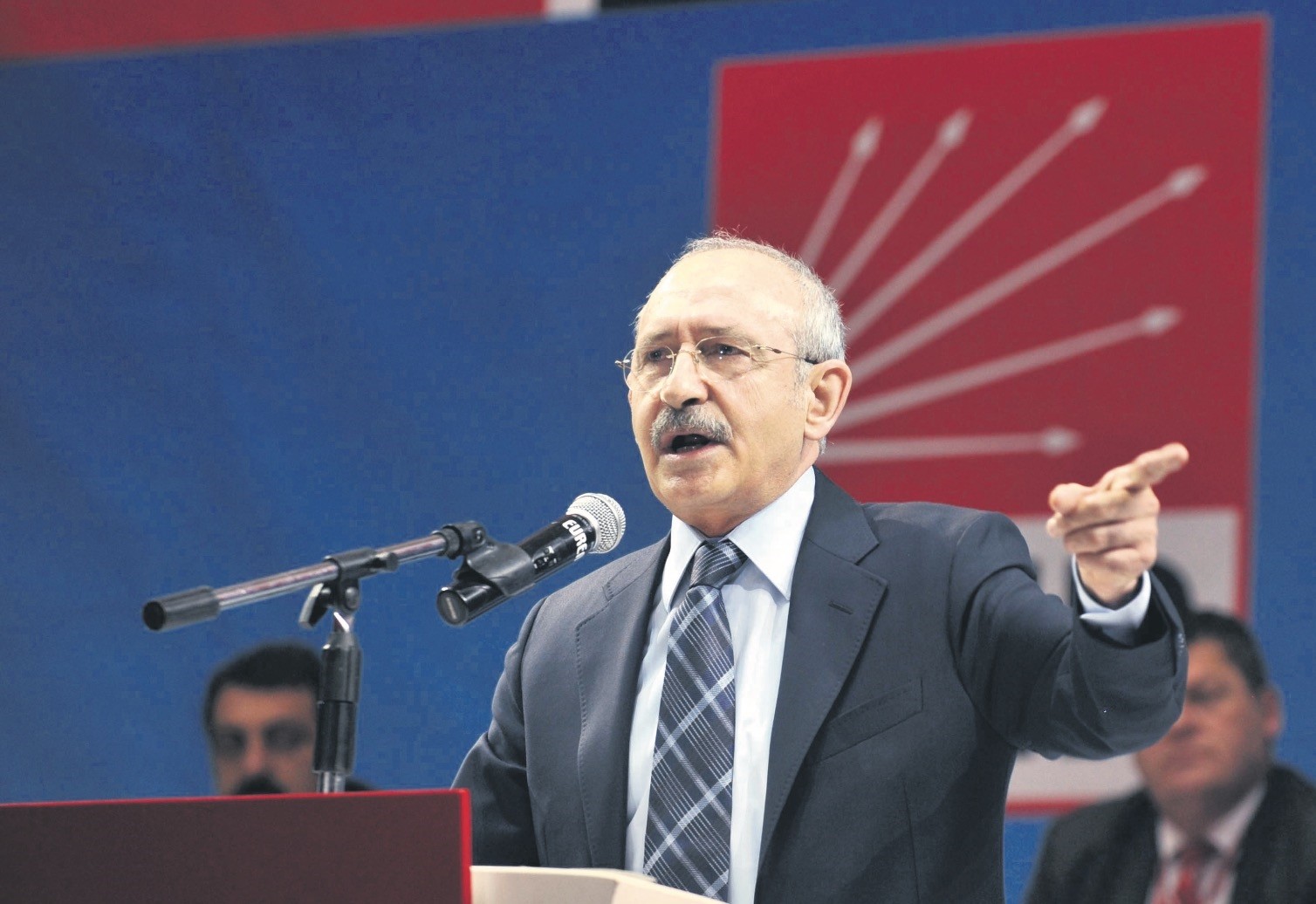 After suffering a loss in the June 24 parliamentary elections, intraparty debates and competition for leadership continue in continue to trouble CHP

The intraparty quarrel over poor elections results and the race for party leadership continue to haunt the main opposition Republican People's Party (CHP).

In the most recent case, İlhan Kesici, a CHP Istanbul deputy and member of the Parliamentary Assembly of the Council of Europe (PACE), became a target of party members after he congratulated President Recep Tayyip Erdoğan on Monday following the swearing-in ceremony in Parliament.

"The third era of our republic has begun with the swearing in of our president," Kesici wrote in a tweet.

The CHP deputy had to clarify his message after reactions over his tweet.

"I never used the term third republic. It is just a classification of time periods," Kesici stressed, and added that the statesmanship etiquette was why he congratulated the winner of the elections.

Kesici was among several CHP figures whose name was mentioned as possible presidential nominees before the party eventually announced Muharrem İnce as its candidate. Kesici, 69, comes from a center-right background. Prior to joining politics with the CHP in 2007, Kesici was known for his political life at the center-right Motherland Party (ANAP).

Some news reports also suggested that several figures from the CHP had advocated for Kesici to be expelled from the party.

Meanwhile, İnce continues to challenge the party to call for an extraordinary convention, where he aims to replace himself with Chairman Kemal Kılıçdaroğlu and change the CHP leadership.

After the June 24 parliamentary and presidential elections, İnce, who ran twice against Kılıçdaroğlu for party chairmanship but lost, once again voiced his intention to run for the party's top post, building on the support he gained during the presidential race, which he lost but was 8 percentage points ahead of the party itself. İnce had received about 30 percent of the vote while his main rival, Erdoğan, won the elections with 52.6 percent of the vote. CHP, on the other hand, garnered only about 22 percent of votes in parliamentary elections. The gap between the votes for İnce and the CHP sparked debates within the party as some party members and supporters called on Kılıçdaroğlu, whom they see as responsible for repeated election failures, to step down.

After the meeting between İnce and Kılıçdaroğlu on the heels of the election, İnce said he offered Kılıçdaroğlu an honorary party chairmanship position and suggested he be the chairman of the party in place of Kılıçdaroğlu.

Kılıçdaroğlu described İnce's words as "political impoliteness," saying it was a private matter between the two and İnce's move was abnormal in terms of political etiquette.While İnce conceded defeat and congratulated Erdoğan on his election victory, Kılıçdaroğlu said that he will not congratulate the president and asserted that the election was carried out in unequal conditions.The CHP's Deputy Chairman Öztürk Yılmaz said yesterday in a press conference that the opposition suffered a defeat in the June 24 elections and everyone should take time to self-evaluate in order to continue on a stronger path.

On the contrary to the pundits' opinion, Kılıçdaroğlu claimed overall success in the elections for the CHP, adding that İnce should have received more votes against Erdoğan to carry the race to the second round.

Kılıçdaroğlu on Monday evaluated the transition to the new system of government, saying that his party will mount opposition in Parliament in the new term.

However, last week, a group of former CHP deputies called for an extraordinary convention during a press conference, emphasizing that the CHP failed as a party in the recent elections and no words could be enough to cover this fact.

Fifty-one former CHP deputies, including well-known names such as Ejder Malik Özdemir, Onur Öymen and Fatih Altay expressed that the chairman of the party and the administration itself should be regenerated as soon as possible, which would, in their opinion, help CHP supporters overcome their feelings of hopelessness.