July 15: Ankara's darkest night through the eyes of ambassadors

On the night of July 15, 2016, Turkey witnessed the bloodiest coup attempt in its history. Two years has passed since then, yet the memory of the 249 lives that were lost to defend democracy lingers in the minds of both Turkish people and the foreign envoys serving in Ankara at the time.

Speaking to Daily Sabah about their memories of the night, the ambassadors said they admire the heroic stance of the Turkish nation who defied a coup attempt by taking to the streets.

It was a usual evening in Ankara until news came that the Bosporus Bridge and the Fatih Sultan Mehmet Bridge in Istanbul were blocked by some soldiers and the current Parliament speaker Binali Yıldırım, then-prime minister, announced that they suspect a coup was underway. 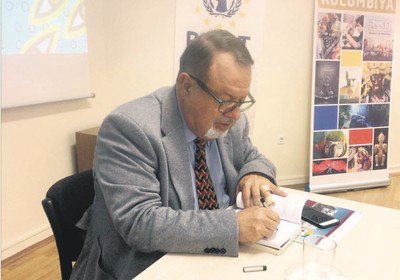 "Without a doubt that was the most dramatic and painful night of my whole life," Juan Alfredo Pinto Saavedra, Colombia's ambassador to Ankara said.

Saavedra, who was hosting a reception that night, added, "Toward the end of the reception, television channels started to show news regarding the lock of the Bosporus Bridge in Istanbul by some soldiers. Once all my guests departed I sat down to watch the news then I realized it was a coup attempt."

It was a faction of the Turkish military linked to the Gülenist Terror Group (FETÖ) that was orchestrating the coup attempt.

FETÖ, which first introduced itself as a moderate religious group, had infiltrated into the country's judiciary, military and several other state institutions with a secret agenda to overthrow the government. The mastermind of the coup was Fetullah Gülen, who has been living in Pennsylvania under a self-imposed exile and is yet to be extradited by the U.S. despite all the evidence Ankara has provided.

Danish envoy Svend Olling said he remembered the exact moment he heard of the news of the coup attempt. 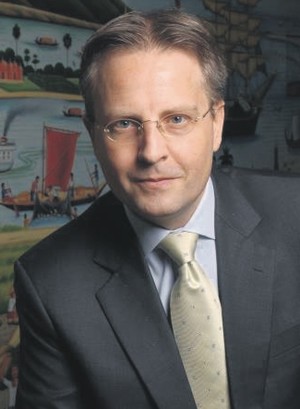 "I was in Copenhagen busy packing and doing some of the last preparations before leaving for my new job as Denmark's Ambassador to Turkey. In the evening, Turkey was suddenly on the breaking news, I hit the sofa and stayed glued to TV news and twitter for the rest of the night," Olling said.

"We should never forget the violent nature of this coup attempt. Many brave people lost their lives. Seeing the damage done to the Parliament and the presidential palace reminds us of this," he added.

As the night unfolded F16s were making low passes over Ankara. The coup plotters in Istanbul and Ankara were moving to take control of state institutions. They opened fire on the crowd waiting outside of the General Staff. National Intelligence Organization (MİT) officers in Ankara were targeted by a helicopter.

The coup declaration was forcibly read by a TRT news anchor in the midnight. People were getting more anxious as it was hard to figure out what will they face the next morning and they did not hear from the president.

Due to his residence's location Colombian envoy said that the low flights of helicopters and explosions could be heard coming from very close.

"My wife and daughter were really afraid. There is an interior hall in my residence away from windows and they both stayed there during the rest of the night," he said.

While chaos was sweeping across the country, President Recep Tayyip Erdoğan, who was on vacation in the southern resort town of Marmaris, addressed the nation in a live call on television, inviting people to take to the streets. The appearance of Erdoğan via live call relieved many citizens and encouraged them to fight against the coup plotters who were attacking the nation's will. Upon the call of the president, thousands of people poured into the streets and gathered up in main squares in Istanbul and Ankara.

"Turkish people came out in large numbers in the streets of Istanbul and Ankara, showing they were prepared to sacrifice their lives in defense of democracy and the elected government," Singaporean envoy A. Selverajah, who was also in Ankara during the coup night, said. 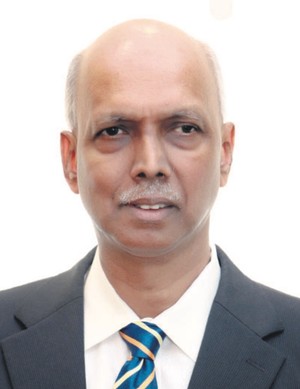 "Some of them stood up against the tanks and sadly lost their lives. By doing so, they demonstrated to Turkey and the world their strong support for democracy and sent a clear message that the days of military coups in Turkey were over."

Selverajah also said that "by bombing Parliament, they defied the will of the Turkish people and bombed an institution which housed their elected representatives."

Pointing to Turkey's quick recovery from the coup attempt, he stated, "Every time a crisis took place in Turkey, the people bounced back quickly. Similarly, immediately after the coup, life was back to normal the next day. People were out on the streets, businesses were opened and law and order prevailed." 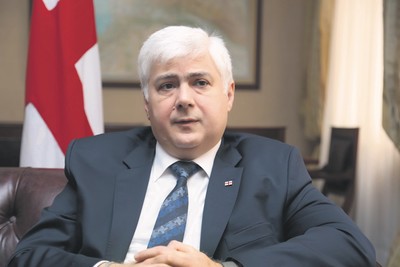 Meanwhile, Georgia's Ambassador to Ankara Irakli Koplatadze told Daily Sabah, "Our embassy was in one of the epicenters of the events: planes were flying very low above us, they were bombing the police base around Gölbaşi, several kilometers away from Oran. This was making the embassy building shake and it was leaving unbearable noise behind them."

Praising the country's fight against the putschists, the Georgian envoy said, "Turkish people gave the example of courage, patriotism and unity to the rest of the world. It was a tragic but at the same time a historic day of heroism when the Turkish people showed how to stand by each other to defend freedom and democracy."

As people were flooding to the streets, the putschists began firing on those who tried to stop them. The helicopters operated by FETÖ terrorists, also attacked the Ankara police headquarters. Tanks on the streets were running over cars on the way. The Gölbaşı Special Forces' headquarters was attacked and 50 police officers were killed there. The hotel that Erdoğan escaped a short while before an assassination team raided was also attacked by coup plotters.

Without any hesitation Turkish people fiercely defended their democracy and risked their lives facing tanks and cannons. 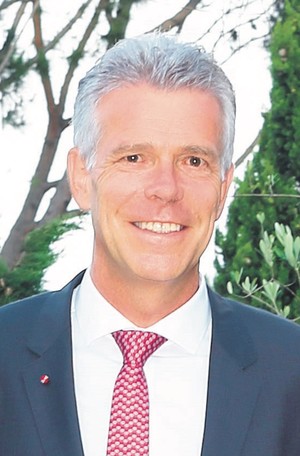 Luxembourg's ambassador to Ankara Georges Faber said, "I have always admired the heroic stance the citizens of Turkey spontaneously took against the coup plotters in order to defend their democratic institutions."

"As far as I know, this is the only example in history of putschists deliberately targeting a parliament which stands as the symbol of the nation's sovereignty and the free will of the people in any democracy," Faber emphasized.

As people were facing the putschists on the streets, the Justice and Development Party (AK Party), Nationalist Movement Party (MHP) and the Republican People's Party (CHP) parliamentarians were also gathering in the Grand National Assembly of Turkey to stand up for democracy.

The Parliament was bombed seven times during the night and the parliamentarians had to take refuge inside the building.

Bangladesh's envoy to Ankara Allama Siddiki said that "it was an attempt to challenge democracy and the Turkish people foiled their [the coup plotters'] mischievous plan." 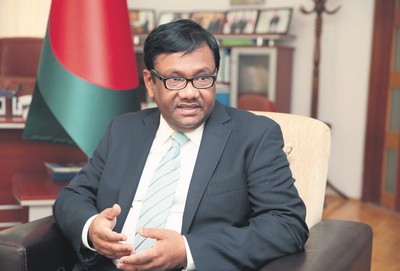 Despite the attacks, the parliamentarians did not leave their posts and showed resistance in order to defend democracy.

As a new day was dawning, the people who took to the streets showed that they will not give up on defending their free will and democracy. In the face of the firm stance of the nation, the putschists had no choice but to surrender.

With the new day the heartbreaking scene of Ankara was revealed; damaged Parliament, blood-stained roads and destroyed police headquarters. Still, people who had no weapons managed to defend their will and democracy in an extraordinary way the world has never seen. Leaving behind the night's fighting people celebrated their defiance of the coup attempt in the streets, which they did not leave for the following days as well.

Pointing to Turkey's recovery from the coup attempt, Selverajah stated that "Every time a crisis took place in Turkey, the people bounced back quickly. Similarly, immediately after the coup, life was back to normal the next day. People were out on the streets, businesses were opened and law and order prevailed."