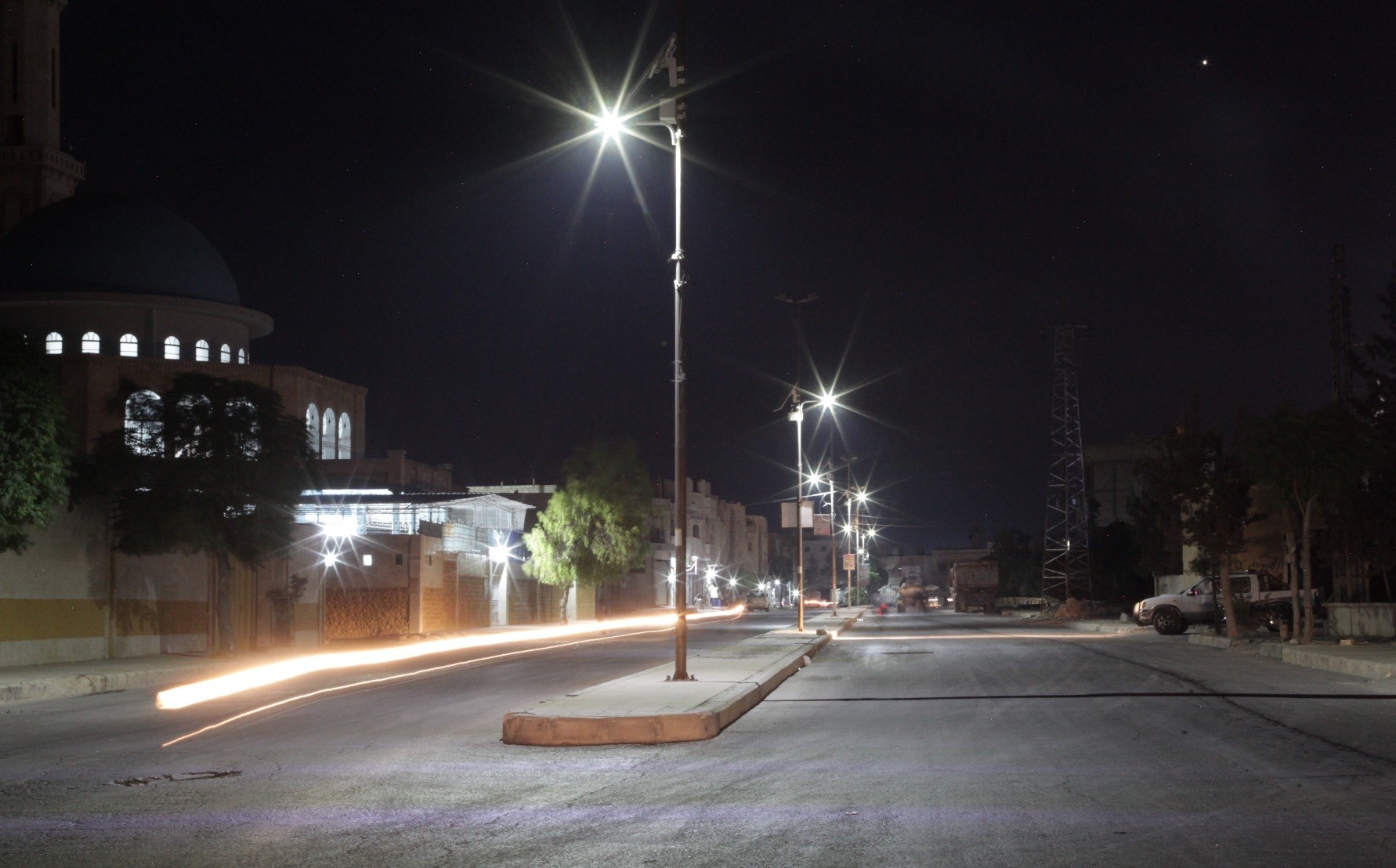 Once buried in darkness of Daesh terrorists, the streets in northern Syrian districts of Jarablus, Al-Rai, Al-Bab and Azaz are now quite literally getting a brighter future with the help of 600 new solar-powered street lights.

With the Operation Euphrates Shield, launched in Aug. 2016 and ended in March 2017, Turkish forces and the Free Syrian Army (FSA) have cleared about a 2,000 kilometer-square area free from the terrorists.

The solar panel street lights were placed by local Syrian NGOs - founded with Turkish help - in the northern Syrian Daesh-free districts, south of Turkey's border. With the help of solar street lights, while the economic burden on the towns is reduced, residents also say that women and children can also now go out freely.

Local residents told the Anadolu Agency (AA) that they felt even safer going out at night after this March, when the Turkish military and FSA wiped out PKK terrorist group's Syrian affiliate from Afrin, northern Syria, with Operation Olive Branch.Stressing how easy it is now to go out and do things at nighttime, Mahmut Kreydi from Al-Bab said that it was impossible to go out before the lights were placed.

"Our streets are now lit, we feel safer moving around," said Musab Rail, another resident.

He also thanked the NGOs in the area that took part in the project.