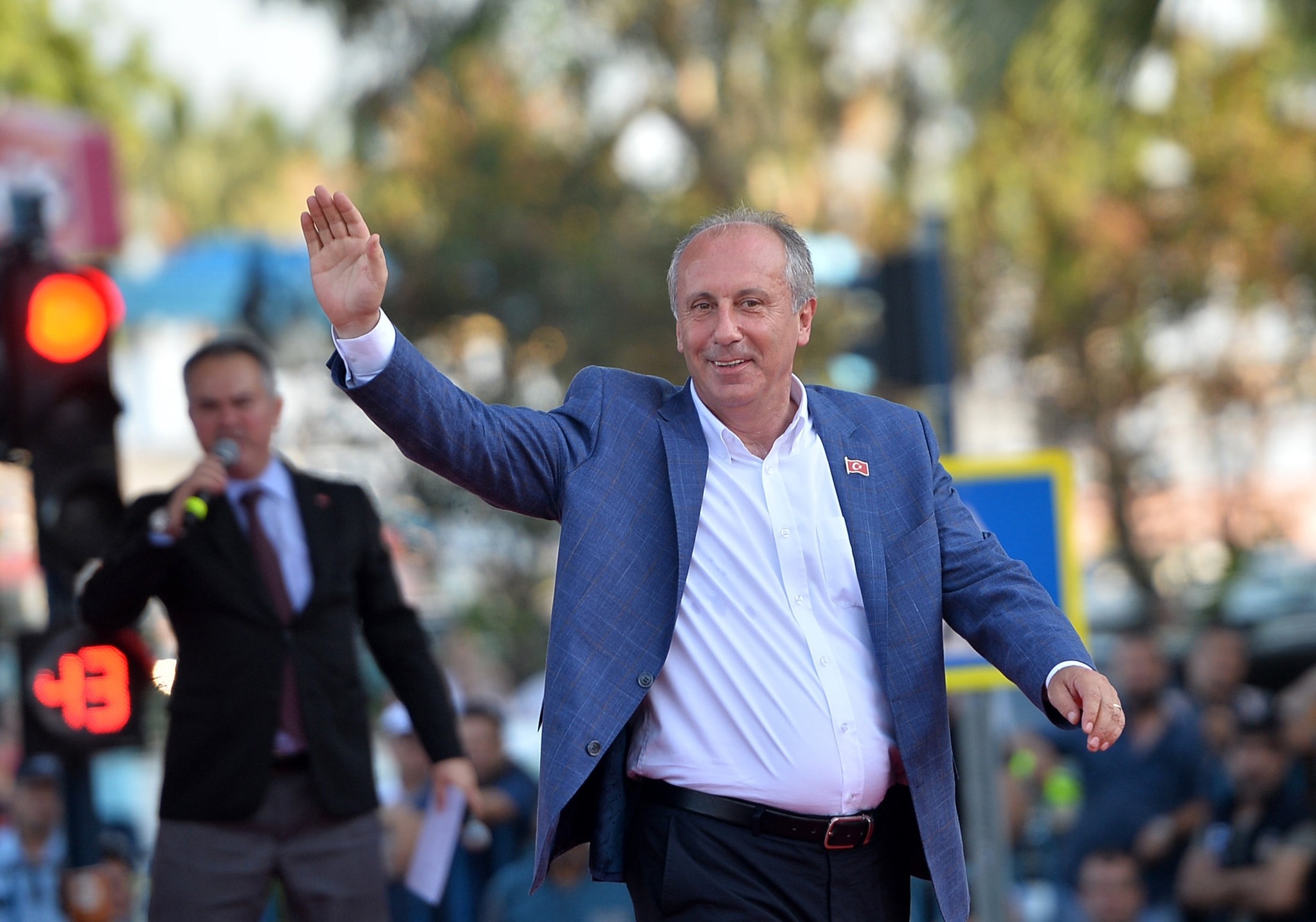 Muharrem u0130nce strengthened his bid for chairmanship in the June 24 presidential and parliamentary elections after he received 8 percentage more points than the CHP itself.
by daily sabah
Jul 19, 2018 12:00 am

With hundreds of signatures being collected, an extraordinary convention is only a matter of time for the main opposition CHP

An increasing number of deputies are urging Republican People's Party (CHP) delegates to submit their signatures for an extraordinary convention to change the party leadership. A group named "Us For Future," which includes prominent figures such as CHP deputies Selin Sayek Böke, İlhan Cihaner and Ali Şeker, called for "a comprehensive change" in a statement yesterday. Muharrem İnce (above), the party's presidential candidiate defeated by President Recep Tayyip Erdoğan, is expected by dissidents to be the man favored to replace current party Chairman Kemal Kılıçdaroğlu.

The latest move showed that the pressure is mounting on CHP Chairman Kemal Kılıçdaroğlu and his relations with the deputies calling for an extraordinary convention are far from retrieval.

The bitter feud over leadership in the CHP was inflamed with the results of the June 24 elections. The CHP's presidential candidate Muharrem İnce, who gained 30 percent of the votes, openly challenged the party chairman offering him to become an honorary chairman.

Since İnce made no secret of his intentions for change within CHP, deputies supporting him move to submit signatures to hold an extraordinary convention and elect İnce as the new chairman.

Commenting on the underlying reasons for their call for change in CHP, the group stated that the results of the June 24 elections stemmed from the "lack of polices in the CHP for a long period of time." The statement added "the need for new policies is higher than ever."

Meanwhile, a process of gathering signatures for the convention has been continuing.

he notary. The process of gathering signatures began on Monday.

According to CHP bylaws, 634 supporters have to submit their signatures to headquarters within 15 days after the process officially started on Monday. If this happens, the CHP is obliged to hold an extraordinary convention within 45 days.

Mehmet Ali Çelebi, CHP's İzmir deputy, who was elected from the same region with Kılıçdaroğlu, announced in his Twitter account on Tuesday that he will also provide his support for change.

Despite the demands for change, figures from the party administration have clearly ruled out holding a convention saying that ahead of the local elections the move would harm the party.

"Our headquarters rejected holding an extraordinary convention which would enable a comprehensive evaluation of the previous elections, showing local elections as reason. However, we know that under the current policies, it is inevitable [that we] face failure in the local elections," the group of deputies also said.

It was also stressed that the confusion of ideology within the CHP, which was apparent in attempts to gain votes from the right, should be overcome.

As the debates over leadership stir the CHP, Erdal Aksünger, a member of theCHP Party Assembly also said yesterday that there is a trust issue between the CHP and public. He added that "it is impossible for these cadres to overcome the trust problem," and "a significant change is highly needed."

Aksünger also highlighted that expelling people from the party and avoiding a convention in order to keep some posts is a serious problem.