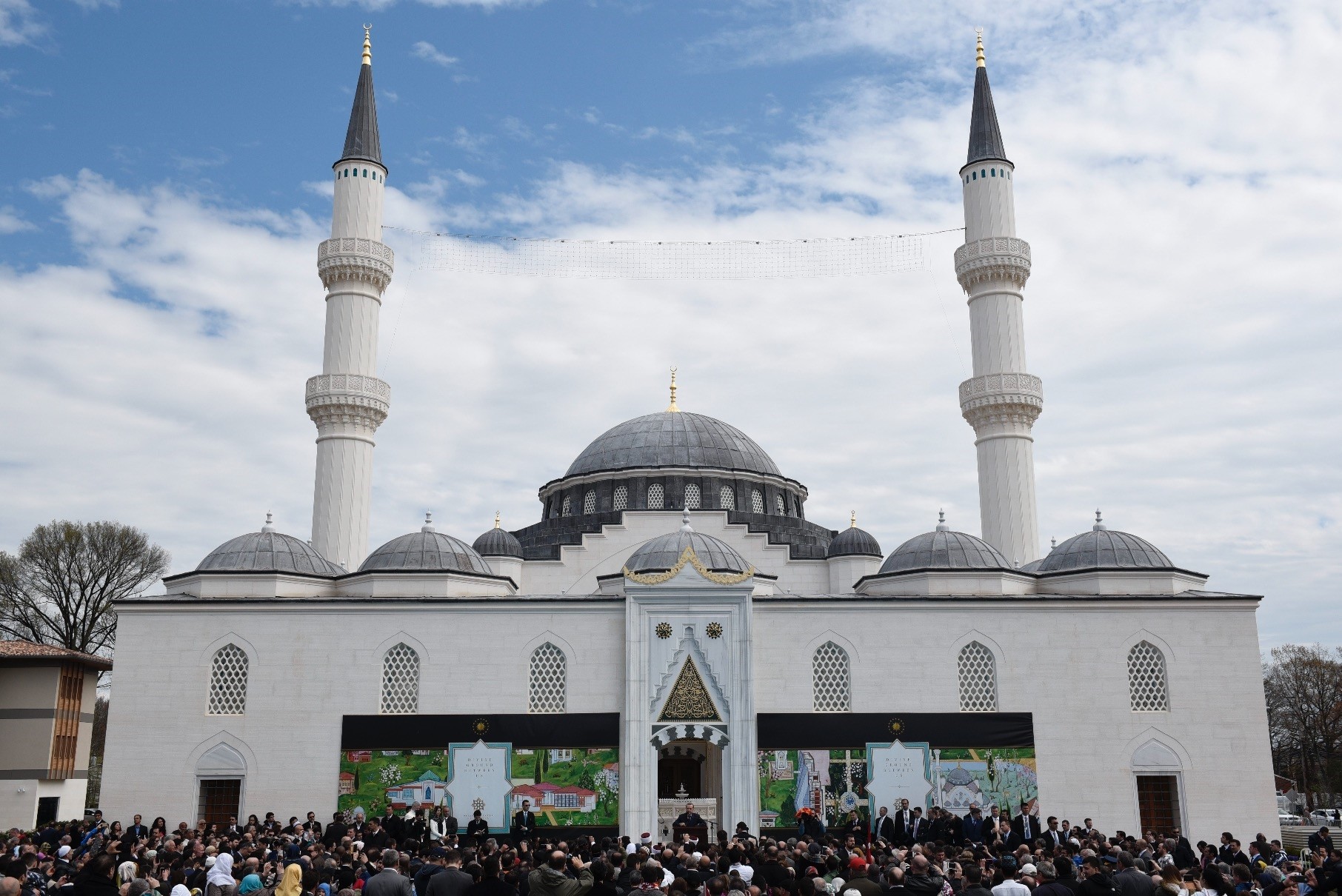 Citing comments by figures with links to the Gülenist Terror Group (FETÖ), a major U.S. news channel has attempted to defame the Maryland-based Diyanet Center of America (DCA), a cultural and religious center run by the Turkish community and Turkish mosques across the country.

Targeting the DCA, the largest mosque in the U.S., which was inaugurated by Erdoğan in 2016, the article also accused the center of "collecting data illegally" on behalf of the National Intelligence Organization (MİT).

"The allegations were absolutely provocative, biased and manipulative," the president of the DCA, Fatih Kanca, told Anadolu Agency (AA) Wednesday, adding that the aim of the allegations is to undermine the unity and solidarity of the Turkish Muslim community by weakening religious and nationalist sentiment.

Kanca said he regretted that the Islamophobia in European countries such as Germany, the Netherlands and Austria had begun to impact American society.

"This is saddening. Under no circumstances has any imam or employee of our mosques acted contrary to the Constitution and laws of this country. Nor will they," he noted, adding they were only making efforts to enhance the sociocultural values of American society, not to manipulate them. Kanca emphasized that the center has been transparently engaging with the authorities of the state of Maryland and does not do anything against U.S. law.

In the report, Fox News also accused employees of the DCA and other Turkish mosques in the country of not accepting FETÖ members on their premises, as well as intimidating and targeting them in the U.S. Rejecting the claim that FETÖ members are not being allowed to enter the DCA and Turkish mosques across the country, Kanca underlined that they have never experienced any incident of showing the door to anyone, even a pro-FETÖ person.

"We will never and will not in any way single out someone and never has a banner saying 'pro-FETÖ people cannot enter' been written," he said. "Those who are traitors and terrorists that attack our country [Turkey] and its citizens with warplanes do not come to our mosque anyway. And they never have." The report cited former deputy of the main opposition party Republican People's Party (CHP) Aykan Erdemir; FETÖ fugitive and former Chief of the Counter-Terrorism and Operations Division of the Turkish National Police Ahmet Sait Yayla; former Ankara representative of the defunct FETÖ publication Today's Zaman, Abdullah Bozkurt; and an anonymous journalist over the allegations.

FETÖ and its U.S.-based leader Fetullah Gülen orchestrated a defeated coup in Turkey on July,15 2016, which killed 250 people and left nearly 2,200 injured. Ankara also accuses FETÖ of being behind a long-running campaign to overthrow the state through the infiltration of Turkish institutions, particularly the military, police and judiciary. FETÖ also has a considerable presence outside Turkey, including private educational institutions that serve as a revenue stream for the terrorist group, including in the U.S. Describing FETÖ as "one of the most dangerous terrorist groups along with the PKK and Daesh," Kanca added that it was designated as a terrorist organization for what they did in Turkey during the coup attempt and the DCA had nothing to do with any terrorist organization.

Touching on another claim by Fox News that the center has been funded by the Turkish government to promote its "Islamist-nationalistic" fervor, Kanca rejected the claim, saying the center and its likes are nonprofit organizations, maintaining themselves through aid from businesspeople and citizens. "We have no income that can be evaluated as illegal. We do not have any document that we cannot submit to pertinent officials," he added.

The Secretary General of the DCA, Ahmet Aydilek, also told AA that the center has taken the necessary steps and safety precautions against the allegations. "We have talked with Maryland Attorney General Brian Frosh, Maryland Representative Anthony Brown as well as local government and security units," Aydilek noted. "They all told us that they would visit us at the earliest to show their support." Citing the Muslims who visit the DCA on a regular basis, he also said the center "is one of the most beautiful structures with its artistic design and representation of Islamic culture that can be handed down to the next generations."