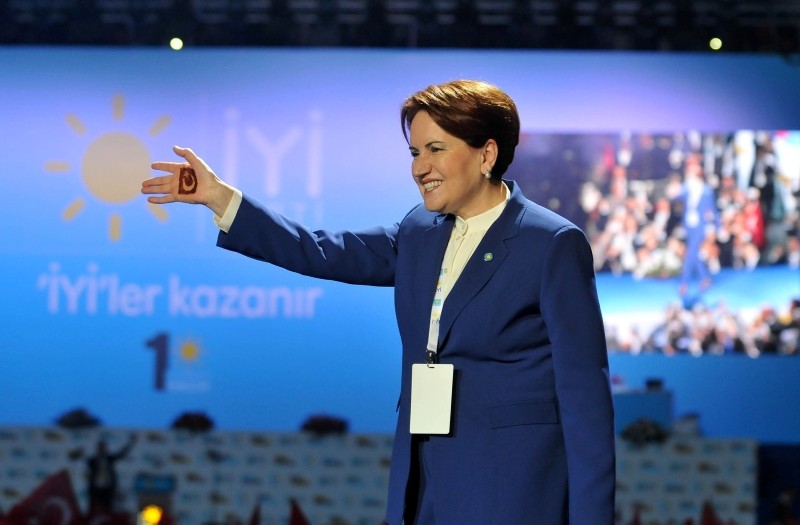 The Right-wing Good Party (İP) Chairwoman Meral Akşener said Sunday that she will not be seeing re-election as the party decides to convene an extraordinary congress in August following disappointing results in June 24 parliamentary and presidential elections.

According to the reports, tension ran high during the meetings in western Afyonkarahisar province to draw a new roadmap to prevent the dissolution of the party, with many blaming Akşener for the poor results.

İP Vice Chairman Kotay Aydın said some criticized the party leadership while some others expressed the support İP was able to gather was "a success."

"There is no one considering to run for the party leadership. I don't think there is no one [other than Akşener] would announce candidacy."

However, soon after Aydın's comments, Akşener, on her Twitter account, confirmed that the party will hold an extraordinary congress, in which she will not be seeking re-election.

Having performed arguably poorly in the elections, three groups emerged within the party. One wing of the İP claims that the party should not be center-right, but instead a political movement that embraces all of Turkey, suggesting that it redefine its stance as "Turkish center." Another wing claims that the party should focus on its nationalist roots. The third group is rumored to believe that people from different backgrounds should be assigned to posts in local administrations.

Pundits have also said that the absence of Akşener in Parliament is also a reason behind the lack of unity among İP parliamentarians.

Akşener, who could not be a parliamentarian after opting to run for president and lost, reportedly warned her fellow party members recently about their relationship with the Nationalist Movement Party (MHP) after an İP deputy kissed MHP Chairman Devlet Bahçeli's hand – a sign of respect for the elderly in Turkish tradition – on the first day of the new parliamentary term.

The İP had a roller coaster-like period prior to the June 24 elections. Scores of founding party members and several provincial heads resigned from the party after expressing their discontent. The party was also shaken after Yusuf Halaçoğlu fell away from the party administration. One of the five İP members in the last Parliament, Halaçoğlu complained about his party's failure to nominate him in the June 24 elections.