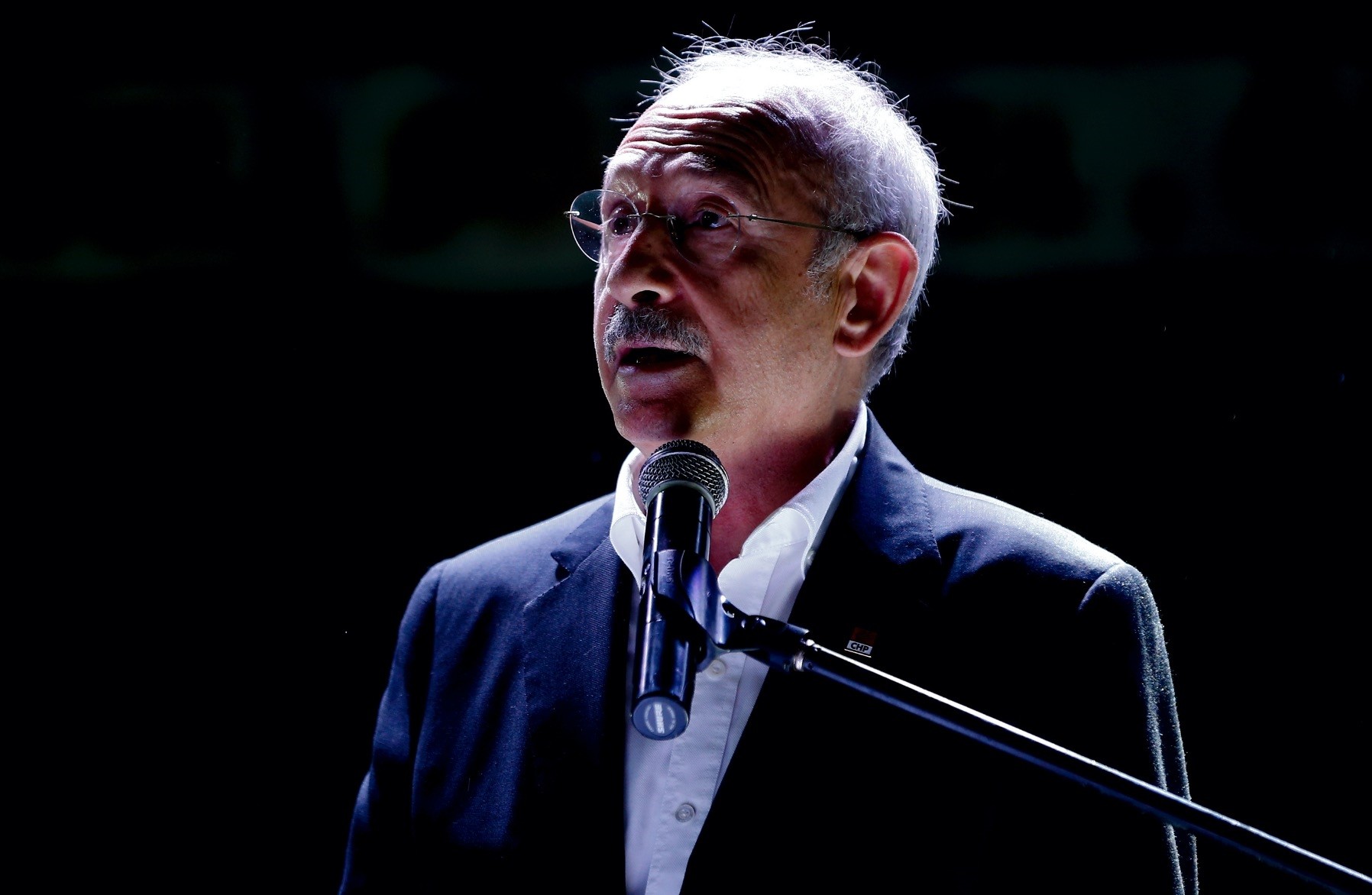 CHP dissidents say they will be able to collect a sufficient number of delegate signatures for the extraordinary convention. CHP's administration, however, says this is not likely and that the dissidents have a problem prioritizing what is needed for the future interests of the CHP and the country

The intra-party rivalry in the main opposition Republican People's Party (CHP) has been taken to a new level of competition with rising ambiguity over the number of signatures collected by the dissident pole demanding an extraordinary convention. Dissidents in the party, who support Muharrem İnce (L) for the party's chairmanship against incumbent Chairman Kemal Kılıçdaroğlu (R), began to collect signatures last Monday to hold an extraordinary congress. According to CHP bylaws, 634 delegates must submit their signatures to party headquarters within 15 days after the process officially started, which was Monday.

If this happens, the CHP is obliged to hold an extraordinary convention within 45 days.

As of the last announced number on Friday by the opposition group demanding a leadership change in the CHP, there have been 604 signatures collected.

Party executives who support the incumbent chairman imply, however, that the necessary signatures are not yet collected. Kılıçdaroğlu supporters in the party administration called on the opposition group to submit notarized signatures and the party "would do the necessary."

Pundits have described the discrepancy in the number of collected signatures as a psychological tactic between the two poles. The dissidents, however, say that they have rejected the party administration's call, as there are still several days left until the deadline for the submission of signatures and claim that the party administration could see the name of delegates who signed the petition and attempt to convince them before the due date.

The dissident group now says that their new target is to collect 700 signatures this week, and then they will be submitted to the party administration.

Bilecik deputy Yaşar Tüzün said over the weekend that they did not accept the invitation by the CHP administration. "The number of notarized required signatures from delegates will be submitted to party headquarters within the timeframe of the party bylaw," he wrote on his social media account.

The deadline for collecting the necessary number of signatures is July 30, while they also have seven days to submit the collected signatures to the party administration.

Western Bolu province deputy Tanju Özcan, an opposition figure supporting İnce, criticized the CHP chairman for spreading fear among the delegates. Özcan accused Kılıçdaroğlu of threatening delegates and pressuring them. "This is exactly why we demand a change," he added.

On Saturday, Kılıçdaroğlu responded to a question over the demands for a convention, saying it is not a timely request.

"For God's sake, what is in Turkey's agenda right now? We have to look at the agenda," Kılıçdaroğlu said and added that there are more urgent topics that needed to be CHP's priority, rather than a race for party chairmanship. "Citizens are worried about making ends meet, while some are worried about posts. This is not acceptable," he added.

Kılıçdaroğlu said that he would hold a press conference in the coming days where he will express his detailed opinion and position over the demands for an extraordinary convention.

A former CHP deputy, Emre Köprülü, criticized Kılıçdaroğlu's remark over demands for change, saying, "I call on [Kılıçdaroğlu] those who have lost nine elections to think for a few seconds on the post they are still reserving."

News reports have said that party administration have made phone calls to delegates to convince them not to support İnce. The reports add that so far 13 delegates have been convinced.

İnce, the party's presidential candidate who was defeated by President Recep Tayyip Erdoğan, is favored by the dissidents as the man to replace Kılıçdaroğlu.

The flames of the bitter feud over CHP leadership were fanned with the results of the June 24 elections. İnce, who received 30 percent of the vote, openly challenged the party's chairman and offered him an honorary chairman position.

Since İnce has boldly proclaimed his push for change in the CHP, deputies supporting him moved to submit signatures to hold an extraordinary convention and elect İnce as the new chairman.