CHP's Kılıçdaroğlu seeks to fend off İnce's pressure for leadership 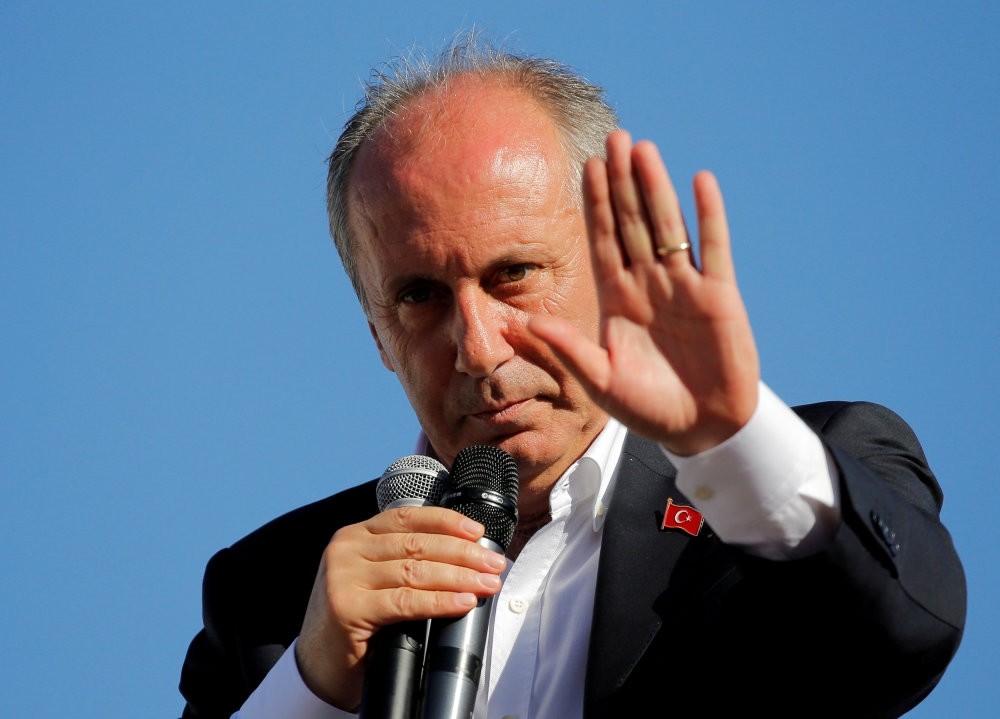 Muharrem İnce, the presidential candidate of the Republican People's Party's (CHP) in the June 24 elections, blamed the incumbent party chairman yesterday of attempting to "cling to his seat" as intraparty debates continue regarding an extraordinary convention. "Those who cling to their seats are pursuing every method to keep their position. Despite everything, hope will triumph, change is coming," said İnce on his Twitter account. His supporters launched a campaign after the June 24 election to hold an extraordinary convention to replace the party leadership, including Chairman Kemal Kılıçdaroğlu.

After the June 24 parliamentary and presidential elections, Muharrem İnce, who ran twice against Kılıçdaroğlu for party chairmanship but lost, once again voiced his intention to run for the party's top post. He is trying to carry the momentum he gained during the presidential race, which he lost, but was 8 percentage points ahead of the party itself.

On the other side, Kılıçdaroğlu geared up efforts to fend off opposition pressure, promising change within party leadership and the Central Executive Board (MYK). The CHP chairman plans to reduce the number of MYK members and reportedly may remove spokesperson Bülent Tezcan and group Vice Chairman Özgür Özel from their positions. Reportedly, Tuncay Özkan may become the spokesman of the party, whereas newly elected deputies such as Yunus Emre and Ünal Çeviköz may find a place in the MYK.

Fifty nine provincial heads of the CHP gathered in Ankara yesterday to express their support for Kılıçdaroğlu, while other prominent names such as Deniz Baykal and Önder Sav, who are opponents of Kılıçdaroğlu, reportedly exerted their influence to convince delegates to sign the petition for an extraordinary convention.

In a press conference organized by the 59 provincial heads of CHP, supporters of Kılıçdaroğlu called for the cancellation of the petition for an extraordinary convention. The provincial heads stated that organizing such efforts before the 2019 local elections would only harm the party and serve the interest of the ruling Justice and Development Party (AK Party).

In his article yesterday, Ahmet Hakan, a columnist in the Hürriyet daily, advised Kılıçdaroğlu's to follow the example of Meral Akşener, Chairwoman of the Good Party (İP), who decided not to re-run for party leadership in an upcoming extraordinary convention.

Speaking to Daily Sabah on the issue, CHP Bilecik Deputy Yaşar Tüzün, a prominent figure of the dissident faction, has asserted that the press conference of 59 provincial heads condemning the petition process in support of Kılıçdaroğlu was held without any consultation meeting, therefore, statements made in the press conference could be only considered as opinions of individuals.

Tüzün added that they collected enough signatures for the extraordinary convention. "We will continue to collect signatures until 5 p.m. on Monday, after this that we will be submitting the petition to the headquarters," Tüzün told Daily Sabah.

According to CHP bylaws, 634 supporters have to submit their signatures to headquarters within 15 days after the process officially starts. If this happens, the CHP is obliged to hold an extraordinary convention within 45 days.

In response to Tüzün's remarks saying that members of MYK who want to check the collected signatures can come and see them at any time, Kılıçdaroğlu emphasized that signatures can be submitted and viewed only at the main headquarters and claimed that the required number of signature are yet to be collected.

Gaye Usluer, a prominent member and the spokeswoman of İnce's fraction, has rejected CHP administration's claim suggesting that the intraparty opposition actually collected less signatures than it had claimed.

Kılıçdaroğlu said that changes in the MYK would appease the demands of İnce and his supporters and he will keep his position until the 2019 local elections.