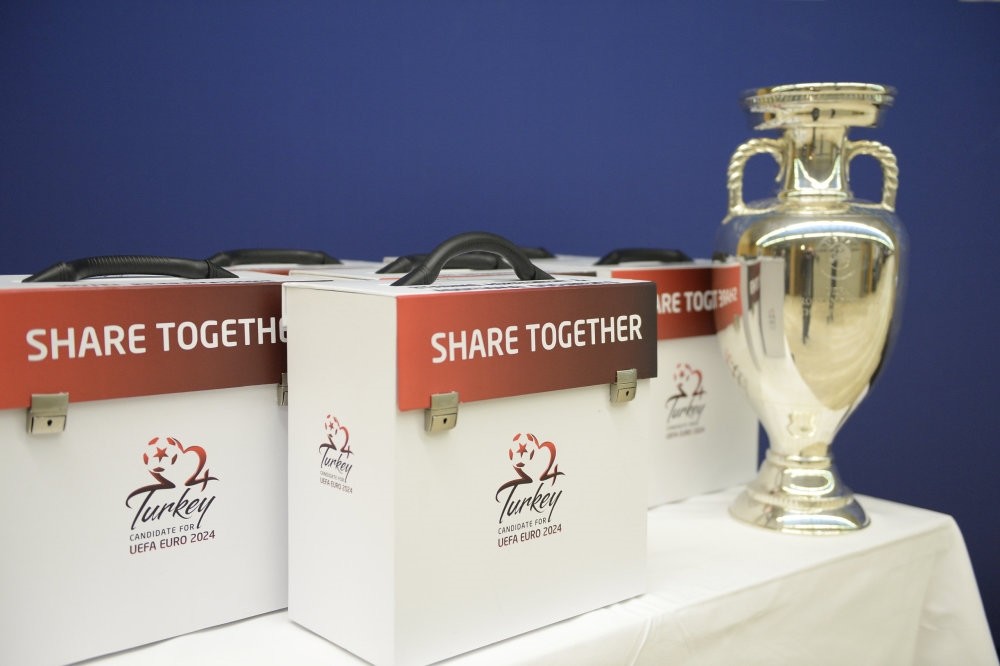 Turkey is ready to host the European Football Championships in 2024 as preparations continue at full speed while its sole competitor Germany is in disarray following a recent racism scandal that undermines its ability as a host. Germany and Turkey submitted their bids to UEFA for the rights to host EURO 2024. The European football body will announce its decision on Sept. 27, 2018, in Nyon, Switzerland. Turkey had previously bid to host EURO 2012, EURO 2016, and jointly host EURO 2008 with Greece. However, the bids were unsuccessful. The country has already hosted the 2005 UEFA Champions League Final, 2009 UEFA Cup Final, the 2013 FIFA U20 World Cup, Summer and Winter Universiades, as well as several other World Championships.

The 2020 UEFA Champions League Final will also be played in Istanbul.

In its bid book, Turkish Football Federation outlined the countries vision and plans. It highlighted 10 modern stadiums across nine cities. Turkey's geographical position, which makes the country accessible for more than 1 billion people from 53 countries in under just a few four hours, was marked as a key factor. The bid document also highlighted the fact that Turkey has direct flights to 120 countries worldwide.

The Turkish Football Federation (TFF) previously announced that it will provide numerous advantages to visitors of the tournament, including various public transports, easy access to accommodations for all budgets and alternative recreational opportunities. Also, all ticket holders will be able to travel for free on match days.

For transportation, the host cities will be connected through a high-speed train network by 2023, when the country is set to reach an annual passenger capacity of 1 billion with investments worth 24 billion euros.

The country also aims to have 60 operational international airports throughout the country by 2024, with a combined annual passenger capacity of 350 million and 20 billion euros in investment. Construction of the world's largest airport in Istanbul is also underway. Once completed it will become a significant hub for the entire region.

In comparison, Germany's bid has been marred after a recent racism scandal surrounding German players of non-German or mixed backgrounds.

In the wake of the scandal, Mesut Özil, a German football star of Turkish origin, announced his decision to retire from the German international football squad last week, citing "racism and disrespect."

Özil, 29, who spent nine years in the national team, earned 92 caps. He scored 23 goals and made 40 for the German side. He was also a key member of the German sides that won the U-21 European Championships in 2013 and the World Cup in 2014.

He, however, was attacked after Germany was eliminated in the first round of the 2018 World Cup in Russia.

Given FIFA and UEFA have put a lot of effort to fight racism on the pitch, with the latter running the "No to Racism" campaign for years, Özil's decision to retire from the German team for "racism and disrespect" and the great support he has received around the world will put the 2014 World Cup winners in trouble.

Serdar Ali Çelikler, a columnist for the Turkish language daily, Habertürk, urged the TFF to make Özil the face of Turkey's EURO 2024 campaign. "Will UEFA give EURO 2024 to a country, which has a racist attitude toward its own footballers?" he asked in his article published on June 23.

Along with the German media, German Football Federation (DFB) President Reinhard Grindel, who lodged the German application to host the 2024 championships, and the national team's General Manager Oliver Bierhoff, were the main sources of criticism directed at Özil.

Former spokesperson of the DFB, Harald Stenger, said earlier this week that Grindel "was and is the worst DFB president" that he has ever encountered.

"Everything was all populistic. You can't lead an association like that. If he is honest to himself, he would see that his time as DFB President has expired," he said.

Along with sports, politics has also become a source of racism in German society. with the rise of far-right AfD and the move to the right evident in the mainstream German politics, the country has become an anathema to UEFA's "No to Racism" campaign, which aims to eliminate racism, discrimination and intolerance from football.