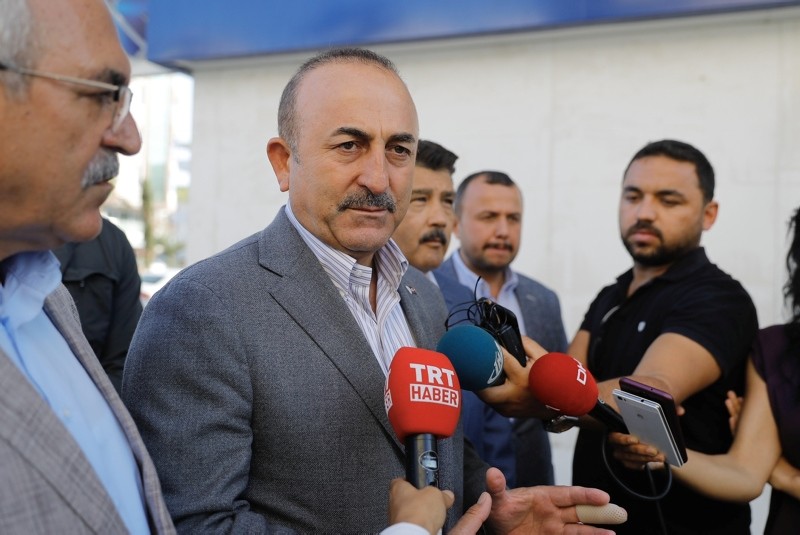 Speaking to the press in the Mediterranean province of Antalya, Çavuşoğlu warned against the possibility of a "serious humanitarian tragedy" in Idlib, reminding the fact that the region is a de-escalation zone where 3.5 million people live.

Çavuşoğlu said he expects clashes to end in Idlib and a political process to resolve the issue, adding Turkey is making efforts with Russia and Iran.

Five civilians were killed and seven others injured in airstrikes carried out by Syrian regime forces and Russian warplanes in Syria's northwestern Idlib province on Saturday, according to the White Helmets.

At least 26 civilians have been killed and dozens injured in airstrikes and attacks by regime forces and Russian warplanes in Idlib and Hama since the beginning of this month, the group said.

The Assad regime has recently announced plans to launch a major military offensive in the area, which has long been controlled by various armed opposition groups.

The U.N. warned earlier this week that such an offensive would lead to the "worst humanitarian catastrophe in the 21st century".

A trilateral summit of the presidents of Turkey, Russia and Iran on Friday underlined that "there could be no military solution to the Syrian conflict" and called for advancing the political process to reach a negotiated solution.