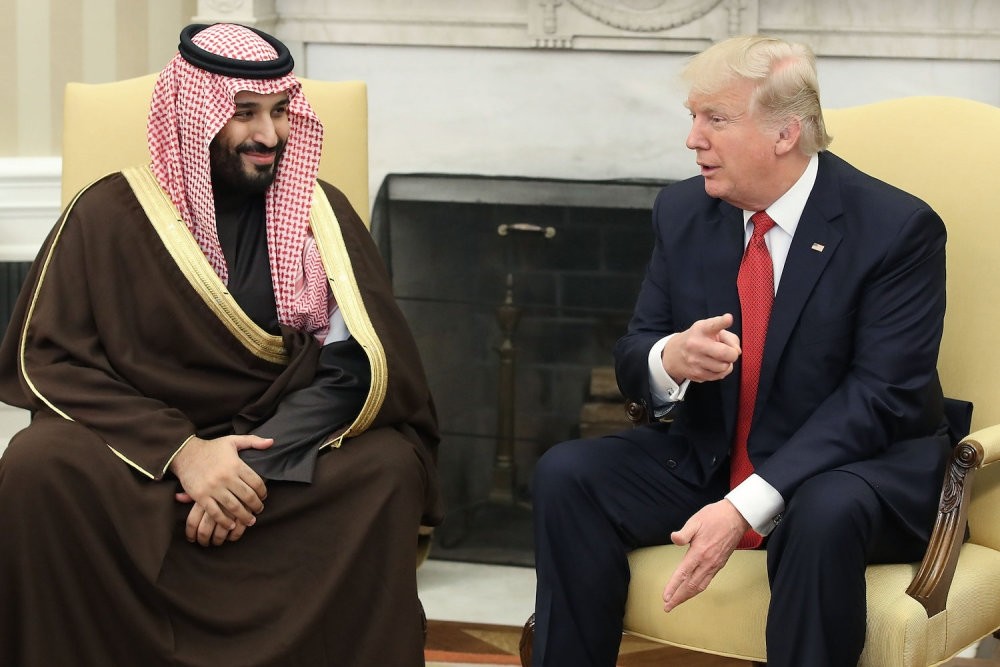 U.S. President Donald Trump insists on overlooking evidence pointing at the crown prince of Saudi Arabia as a suspect in the killing of journalist Jamal Khashoggi; this attitude has received various reactions from fellow politicians

U.S. President Donald Trump is being blamed by some U.S. senators and members of the media for being unresponsive on Saudi Crown Prince Mohammed Bin Salman's (MBS) alleged key role in the murder of journalist Jamal Khashoggi.

Trump said on Sunday that he has been fully briefed on an audio recording of Khashoggi's killing, but refrained from blaming MBS, even though the CIA reportedly concluded that the crown prince did indeed order the assassination.

"Because it's a suffering tape, it's a terrible tape. I've been fully briefed on it, there's no reason for me to hear it," Trump said in an interview with Fox News. Asked whether the crown prince had lied to him in denying any role in the killing, Trump said, "I don't know. Who can really know? But I can say this; he's got many people... that say he had no knowledge."

The Washington Post reported last week that the CIA has concluded that MBS ordered the assassination of Khashoggi.

"In reaching its conclusions, the CIA examined multiple sources of intelligence, including a phone call that the prince's brother Khalid bin Salman, the Saudi ambassador to the United States, had with Khashoggi, according to people familiar with the matter who spoke on the condition of anonymity to discuss the intelligence," the Post said in a piece.

Khashoggi, a frequent contributor to The Washington Post and critic of the crown prince, was killed on Oct. 2 inside the Saudi Consulate in Istanbul. After weeks of denying any involvement in the crime, Saudi Arabia later admitted that Khashoggi had been killed inside the consulate but denied that the royal family and crown prince had any prior knowledge. The incident was blamed on lower-level officials, including five that are now facing the death penalty over their involvement.

However, a report released last week by Saudi prosecutors has not satisfied the international community, including many people in the U.S.

Saudi prosecutors decided to detain 21 people, five of whom are facing the death penalty, but exclude any high-level royal members.

On Nov. 4, The Wall Street Journal reported that Saud al-Qahtani, known for his work for the crown prince as a social media adviser, was both the planner and director of the killing.

A Republican member of the U.S. Senate Intelligence Committee, Sen. Roy Blunt of Missouri, who has received a confidential intelligence briefing on the matter, told ABC news that "it's hard to imagine" that the crown prince didn't know about the killing.

"I don't know that we absolutely know that yet," he added.

He said that Congress will await the Trump administration's report in the next two days and that the U.S. will need to be clear about the ramifications of sanctions, given Saudi Arabia's strategic role in the Middle East.

For his part, Sen. Lindsey Graham, a Trump ally, told NBC that the crown prince has been a "wrecking ball" in the relationship between the U.S. and Saudi Arabia.

"I have no intention of working with him ever again," said Graham, who is in line to be the next chairman of the U.S. Senate Judiciary Committee.

European countries, who had called on the kingdom to hold every person responsible for the murder accountable, also continue to increase pressure on Saudi Arabia.

On Monday, Germany banned 18 Saudi nationals believed to be connected to the Khashoggi murder from entering Europe's border-free Schengen zone.

Heiko Maas told reporters in Brussels that Germany issued the ban for the 26-nation zone in close coordination with France, which is part of the Schengen area, and Britain, which is not.

"As before, there are more questions than answers in this case, with the crime itself and who is behind it," Maas said.

He added the 18 are Saudis who are "allegedly connected to this crime" but gave no further information.

Also, a French journalist said the killing of Jamal Khashoggi "embarrassed" France and there was no doubt that Turkey had shared information and recordings regarding the murder with his country.

"There is no doubt that Turkey gave information to France. The remarks of Canada's prime minister [Justin Trudeau] stating that he listened to the recordings is proof that the information reached France as well," said Merchet.

So far, Turkey has not accused anyone of directly ordering the killing, although President Recep Tayyip Erdoğan has excluded King Salman as a possible suspect. However, Turkey says the suspect is a high-level figure in Riyadh.

Meanwhile, Hürriyet daily reported that a 15-member assassination team forced Khashoggi to send a message to his son, Salah, before the murder. After Khashoggi refused to send the message, the assassination team started to strangle him with a plastic rope, or a plastic bag, which lasted for seven minutes, the report added. The article claims that the Saudi team would have used the message to whitewash themselves, after they killed Khashoggi.

Turkish police sources say 15 Saudis, including several officials, arrived in Istanbul on two planes on Oct. 2 and visited the consulate while Khashoggi was still inside. All of the identified individuals have since left Turkey.

The report added that the team had international phone traffic after the murder. They apparently conducted phone calls with "some centers" including Saudi Arabia, in which the team had confirmed the murder was "done."