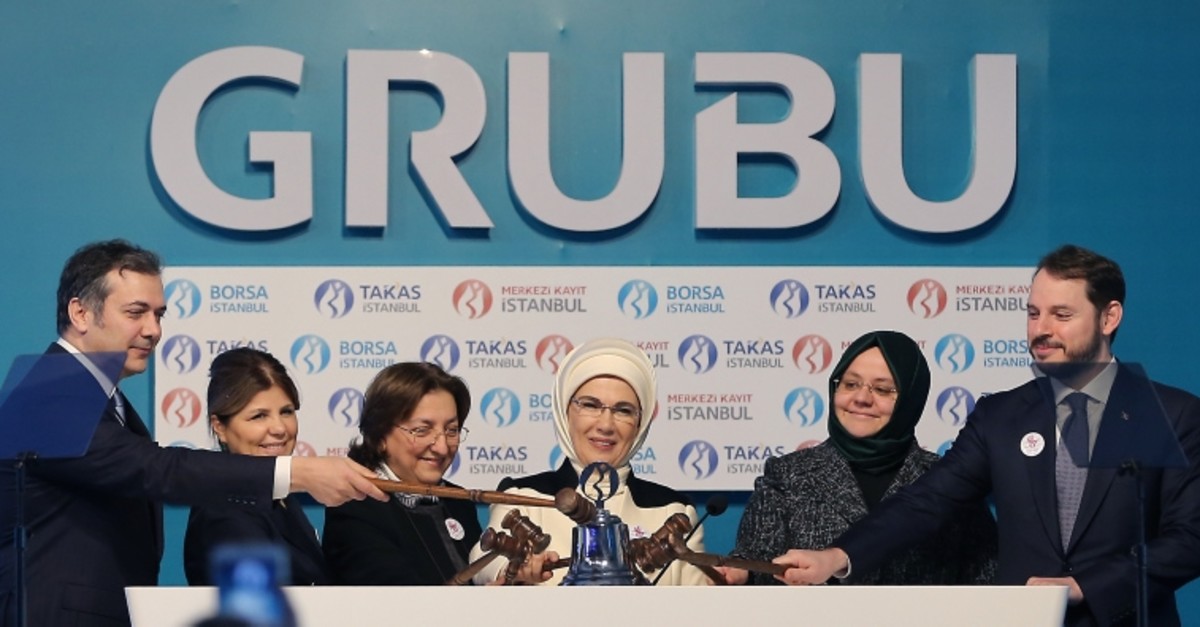 As people around the world celebrate the importance of women in society and their victories in historic struggles against inequality on International Women's Day, Turkish politicians also shared their own messages to mark the significance of the day with back-to-back statements from several prominent figures.

Here are the statements from some of the Turkey's leading politicians:

President Recep Tayyip Erdoğan (via Twitter): Women make the world a more beautiful and livable place with endeavor, love and sacrifice. Happy International Women's Day to all women that give hope to humanity.

Foreign Minister Mevlüt Çavuşoğlu (via Twitter): I wholeheartedly celebrate the #InternationalWomen'sDay of those who are a symbol of love, compassion, patience and self-sacrifice.

Treasury and Finance Minister Berat Albayrak (speaking at a special ceremony at Borsa Istanbul): Be it a mother or a wife, all women have an energizing spirit. I begin my speech with wishes for us to become more aware to women's struggles against inequality on the occasion of this important day.

Albayrak attended a special market bell ringing ceremony at Borsa Istanbul to draw attention to the importance of equality between men and women on International Women's Day. The ceremony was also attended by First Lady Emine Erdoğan and several other ministers.

Nationalist Movement Party (MHP) Chairman Devlet Bahçeli (via Twitter): I congratulate our women's International Women's Day and extend my best wishes. A woman means dignity, future and freedom. If there is no woman, life has lost its liveliness and mankind cannot exist.

Akar's wife Şule Akar, along with the wives of soldiers and female soldiers of the Turkish military, visited Anıtkabir, the mausoleum of the Turkish Republic's founder Atatürk in Ankara. Speaking at the ceremony Akar said: "We carry the honor of appearing before Atatürk on behalf of the wives of Turkish soldiers and Turkish female soldiers on International Women's Day. As they have done for thousands of years, Turkish women continue to lift Turkey above the level of contemporary civilizations.

It was also the first time the wreath-laying ceremony was led by a female officer. 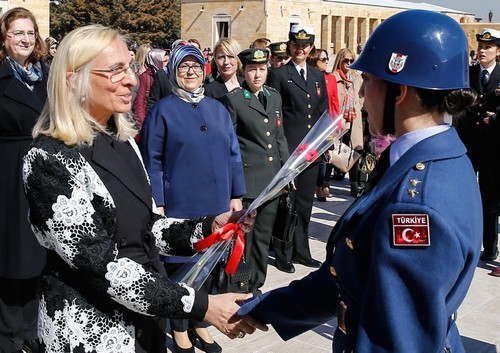