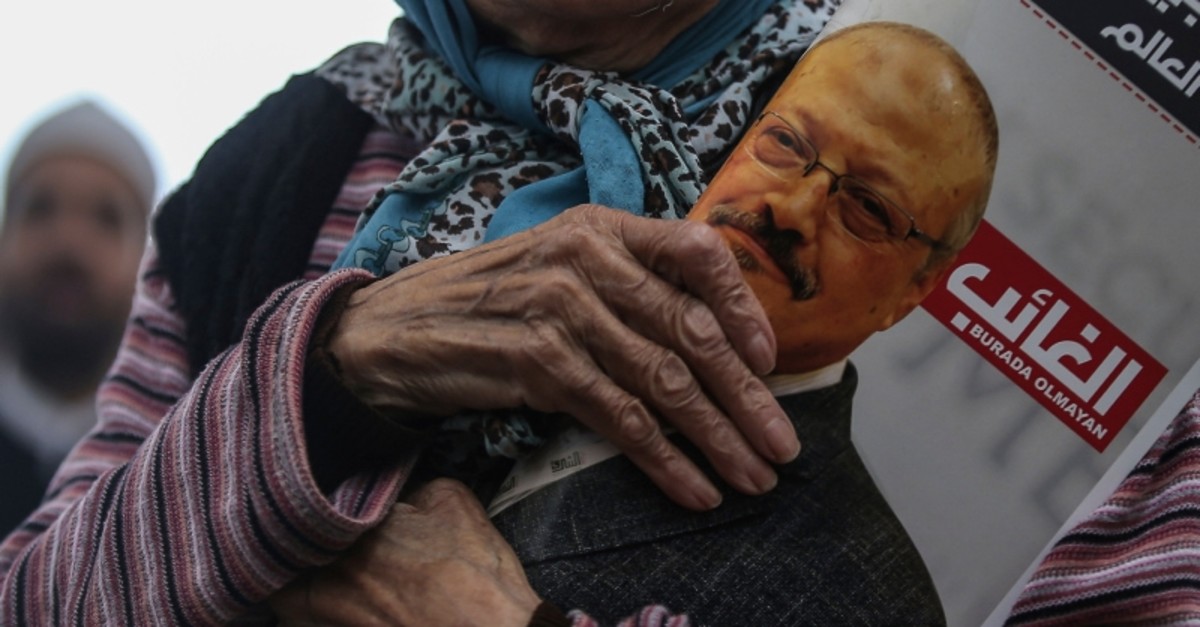 Saudi Arabia continues its efforts to cover up the murder of dissident Saudi journalist Jamal Khashoggi and asserted that the internationalization of the matter would mean the violation of sovereignty.

The head of the Saudi human rights commission Bandar bin Mohammed Al-Aiban told the U.N. Human Rights Council that those accused of the "heinous crime" and "unfortunate accident" at its Istanbul consulate have been "brought to justice."

"Therefore what is being conveyed by certain media regarding the need for us to internationalize some of these matters is something we do not accept because such demands amount to interference in our domestic affairs and in our domestic judicial system," he said at the Geneva forum.

Khashoggi was killed in the kingdom's Istanbul Consulate on Oct. 2 by a team of 15 people consisting of Saudi officials who arrived in Turkey for his murder and a cover-up team also in charge of dismembering Khashoggi's body.

Aiban also underscored that Khashoggi's killers have not been subjected to torture and had attended three hearings so far with their lawyers present, but refused to reveal any names or details.

Since the killing, Riyadh's uncooperative approach has been consistent. The kingdom first started with repeated denials, claiming that Khashoggi was not killed at all. After eventually acknowledging the murder, Saudi officials continued their denials this time over the alleged guilt of the royal family and Crown Prince Mohammed bin Salman, saying that they had no prior knowledge of the murder, although all evidence has pointed to the crown prince as the mastermind. Despite more than 100 days having passed since Khashoggi's assassination, the whereabouts of his body remain unknown.

The U.S. also continues to stand idle while Saudi Arabia keeps its cover-up efforts going with its unwillingness to address the matter appropriately. Washington has failed to put pressure on Riyadh despite its own intelligence agency determining with high confidence in November that Saudi Crown Prince Mohammed bin Salman ordered Khashoggi's killing.

The U.S. State Department's annual global human rights report issued on Wednesday did not explicitly name the murder as a rights abuse and failed to draw any conclusions about who was responsible, instead pointing to the actions Saudi Arabia has taken which have been criticized as efforts to assign blame on lower-ranking officials.

"The policy of this administration is to engage with other governments, regardless of their record, if doing so will further U.S. interests," U.S. Secretary of State Mike Pompeo wrote in the preface of the report.

Noting that Saudi Arabia's Public Prosecutor's Office indicted 11 suspects and 10 people were under investigation, the report added that the murder was one of several instances in which "the government or its agents engaged in arbitrary or unlawful killings" and contributed to "an environment of impunity" in the country.

Khashoggi's murder prompted an unprecedented international outcry and forced many countries to reassess their ties with Riyadh. Western countries including Germany, France, and Canada have placed sanctions on nearly 20 Saudi nationals, while the murder has damaged Riyadh's international reputation as the case turned the spotlight on the crown prince.

Washington, however, has been unwilling to sanction Saudi Arabia by downplaying the role of the crown prince as it sees Riyadh as an important ally to contain Iranian power in the region and maintaining their expensive arms sales should not be imperiled.

The Human Rights First group was infuriated by the report and criticized Pompeo's statements, saying that the U.S. should not work with Saudi Arabia since Washington's one aim should be hindering other countries from committing grave human rights violations.

"From its shielding of Saudi leaders from accountability over the murder of Khashoggi, to its cozy relationship with NATO allies trending toward authoritarianism, the Trump administration seems disinterested in its own advice," said Human Rights First.

The report also drew attention to a range of other human rights abuses in the country including the arrest of at least 20 prominent women's rights activists, executions for nonviolent offenses, forced disappearances and torture of prisoners. Yet, it highlighted some gains such as granting women the right to vote and the right to become a mayoral candidate for the first time.

US stops calling Golan Heights as 'occupied' by Israel

In addition to Saudi Arabia, Washington did not refrain from sheltering its other allies, namely, Israel. For the first time, the U.S. dropped its reference to Golan Heights as being "occupied" by Israel, instead referring to the area as "Israeli-controlled" in a move that will likely garner international criticism.

International law regards the West Bank, including East Jerusalem, as "occupied territory" and considers all Jewish settlement-building activity there to be illegal. Israel occupied the Golan Heights following the 1967 Six-Day War and moved to formally annex the territory in 1981, an action unanimously rejected at the time by the U.N. Security Council.

Human rights violations by the PKK-affiliated People's Protection Units (YPG) also found their place in the report. The report documented that the terrorist group has been oppressing local people in northern Syria, confiscating their homes and arbitrarily arresting civilians, journalists and opinion leaders. It was also stated that the group has been recruiting child soldiers, a practice banned by international law, and committing torture and extrajudicial killings.